Though slight increases in precipitation in July have brought small signs of relief, experts remain worried about how the statewide drought and above-average temperatures will impact agricultural communities throughout the state.

“For much of Colorado, 2020 has been more a story of us slipping into drought one month at a time,” Peter Goble, a climatologist at the Colorado Climate Center at Colorado State University, said. “There were some areas like the far southeast corner of the state and Baca County where we saw less than 20% of normal precipitation in June.”

But predicted rain in the coming weeks might offer some relief, he added.

“Colorado hasn’t had a good statewide drought busting system in quite a while, but this next week, it looks like we’ll have some widespread monsoonal moisture,” Goble said. “And I think it’ll be one of the most beneficial weeks of precipitation we’ve had for drought in quite some time potentially going back to May of last year.”

While a monsoon surge will help relieve drought conditions in certain parts of the state, it has others worried about the potential for flash flooding.

“Anyone that knows me knows that I get really twitching around the last week of July and the first week of August. It’s always been kind of that two-week period that makes me the most worried about floods,” said Kevin Houck, chief of watershed and flood protection for the Colorado Water Conservation Board. “I may have to make some calls with emergency managers after seeing this map.”

Despite his worries, Houck said that a surge in monsoons will be good for the state, especially for the Eastern Plains of Colorado. “I hope it comes true, just without any floods,” he said.

June was the 16th warmest June for Colorado’s 126-year historical record. Goble is especially concerned about the long-term downward trend in precipitation coupled with rising temperatures, typically referred to as aridification. “We’ve slowly been slipping further and further behind the average,” he said.

He expects warmer than average temperatures to continue, especially into the late summer, when the “warming trend is least escapable.”

“When we have higher temperatures, generally that means that our crops and vegetation have to use the water that they have in the soil more quickly in order to keep up,” he said. “So if you don’t have an increase in precipitation as temperatures warm then you’re sensibly looking at a drier future since, again, the plant life will burn through its reserves more quickly.”

While drought conditions continue to persist, the state’s reservoir levels remain strong. “In general, reservoir storage is above normal,” said Brian Domonkos, a hydrologist with the Colorado Snow Survey. “In June, precipitation here was generally pretty good at 7%, however July has been pretty dry,” he said.

In July, precipitation increased slightly thanks to a handful of thunderstorms that swept through the state.

But Goble added that it might be “too little too late” for some agricultural communities that have already been hit hardest by the drought conditions, such as winter wheat producers and cattle ranchers.

He said that winter wheat producers experienced an especially dry planting season in late September and early October, followed by a dry spring — “Which is the time of year that you really need the good soaking million-dollar rains in order to come up with a good winter wheat crop,” Goble said.

For ranchers, heavy rains in the early months of the season are important, he added. “If you start off on the wrong foot like we did this year, it’s just really hard to catch up.”

On Thursday, a newly formed Agriculture Impact Task Force met for the first time to discuss how to offer direct support to the state’s agriculture community as they navigate the drought and the economic and social impacts of the coronavirus pandemic.

The task force was convened after Gov. Jared Polis activated the State Drought Mitigation Response Plan on June 22 to respond to the worsening drought conditions across the state. 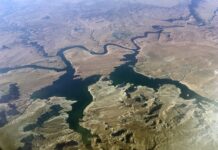 Most of Colorado still in drought despite slight increase in precipitation