Denver Police Department, Colorado State Patrol troopers and city health officials assembled at the park around 6:30 a.m. Residents of the encampment said that they were told that they would need to leave the area in the days prior, but that a specific day was not posted.

David Portillo said he woke up Wednesday morning to a police officer in riot gear telling him he needed to vacate the premises. “At this point, I’m just used to it,” he said with a shrug. “It sucks, but I’m used to it.”

Portillo, who has been without a permanent home for the last three years, said he’s not sure where he’s going to go. “But I’ve learned to go with the flow,” he added, as he gathered his belongings onto his bike at the corner of Lincoln Street and East Colfax Avenue.

Amber Campbell, a spokesperson for Denver’s Department of Public Health and Environment, said Wednesday that the health concerns that prompted the removal of the encampment were due to unsafe conditions associated with rodents, trash, human waste and biohazards. The same park was closed in January, when authorities cited similar concerns.

Written notice wasn’t posted prior to the removal of the encampment because health officials and law enforcement have experienced “escalating violence” when responding to public health concerns within encampments in recent weeks, Campbell said.

Denver school board member Tay Anderson was hospitalized Wednesday afternoon after he was shoved by Denver police officers while “trying to mediate” during the encampment clean up, according to a report from Denverite. Anderson planned a community press conference at the Blair-Caldwell African American Research Library at 6 p.m. Wednesday to discuss the incident and others that occurred during the clearing of the encampment.

The sweep on Wednesday comes a week after Gov. Jared Polis said during a news conference that he would “welcome” the removal of people who had taken up residence in tents on state property around the Capitol building and the Governor’s Mansion. On July 24, Denver public safety officials gave Colorado State Patrol troopers the authority to enforce city ordinances on state property.

Carlos Zarco had been living in Lincoln Park for the last month and a half. He’s been homeless a little over a year in Colorado after moving from Georgia with his then-girlfriend. “It didn’t work out,” he said. “I’ve been homeless since the first day I got to Colorado.”

When asked where he was going to go next, he said he wasn’t sure. He said he’s thought about going to the National Western Complex — a temporary 600-bed homeless shelter that opened in response to the pandemic — but decided it’s too far away. He makes money selling water and sodas downtown. “It would be hell on wheels coming and going from over there,” Zarco said.

When asked how he was feeling after the hectic morning, Zarco said “it just sucks.”

“It’s depressing,” he said as he sat with a friend in the shade after moving his things onto the sidewalk. “It takes a toll on us.”

His friend, who wished to stay anonymous, said that the downtown encampment was not his “home base,” though he’d been staying there for the past month. He said he feels a sense of community there that he doesn’t find when he camps elsewhere.

He said he overdosed on heroin Wednesday. “And three people ran up with Narcan and saved me,” he said, as he took a bite out of a burrito. “There are good people here. People look out for each other.”

As John Griffen walked by the fenced-off encampment at Lincoln Park on Wednesday, he said he felt angry. “It’s not fair what they are doing to these people,” he said.

“It probably costs the city more to do all this than it would to actually help people,” Griffen said, motioning to people packing up their stuff. “And this isn’t even all the people that are homeless. I would bet there are far more living out of their cars.”

Griffen said he experienced homelessness for 16 months prior to the pandemic before receiving a Section 8 housing voucher. “I want the politicians to spend a year living outside with these people and then tell me how they will fix the problem,” he said.

As people were packing up their stuff, 76-year-old Lettie Blanchard was passing out lunches in brown paper bags, as well as water bottles and apples. “We come every Wednesday and Saturday,” she said, motioning to her van that was filled with coolers. “People need to eat,” she said. “Now, I don’t agree with their lifestyle at times, but people are hungry. People need to eat.”

Blanchard, who is retired but cleans houses on the side, said that she’s always felt safe entering the encampment. “Sometimes, people even call me ‘mom.’ Everyone is always really nice and grateful for the food.”

Terese Howard, a member of the organization Denver Homeless Out Loud, said that pushing people out of the encampment was not an adequate solution. “This is just not OK. It’s insane, really,” Howard said, as she stood outside of Lincoln Park around 10:30 a.m.

“The city refuses to address the issues and refuses to make housing attainable and to invest in affordable housing. Folks are without options,” she said. “And people don’t understand that.”

She said the “homeless sweeps” just end up scattering people to other parts of the city. “It will just be different neighbors and different businesses complaining,” Howard said. “That’s all that will come of it.”

People after sweeps tend to end up in more hidden, less safe spaces and farther from resources, Howard said.

“They end up down by the river or in alleys. These types of actions just put people at greater risk,” she said, motioning to the police who were ushering people away from the park. “This isn’t a real solution.” 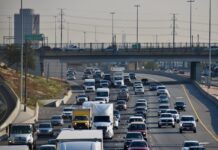 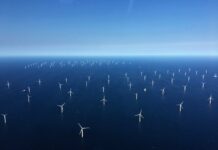 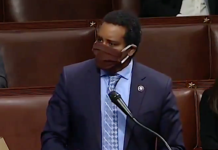