The DACA program — implemented under former President Barack Obama in 2012 — provides temporary protection but not a path to citizenship for people who were brought to the United States before their 16th birthday, lived in the country continuously for at least five years, and could meet a list of requirements. Many DACA recipients arrived in the U.S. as small children and barely remember their birth country.

The Trump administration has repeatedly tried to end the program, leading to a series of court battles that forced DHS to resume processing renewals for DACA recipients who received status before September 2017 and eventually to the Supreme Court — which ruled in June that DACA was not properly ended. Immigration advocates said that decision should have meant the program would resume processing new applications, but Trump suggested on Twitter that his administration would again seek to completely terminate DACA.

Colorado had 14,520 active DACA recipients as of March, according to data from U.S. Citizenship and Immigration Services. The Migration Policy Institute estimated that 23,000 people in Colorado who don’t currently have DACA could be eligible to apply for the first time if Obama-era policy was reinstated.

When asked how allowing new applications would affect Colorado, a USCIS spokesperson for the region including Colorado referred Newsline to Wolf’s announcement and memo, and said more information would soon be available.

Marissa Molina, a former educator and the Colorado state immigration director for FWD.us, a pro-immigration advocacy organization, said the news makes her think of an “incredibly promising student” she knows who recently graduated from high school and wants to study engineering.

The woman is undocumented, Molina said, and wants to apply for DACA status to protect her from deportation. She would have been too young in 2017, when DHS halted new applications.

The Supreme Court decision was a “huge victory,” Molina said: “We were all really focused on celebrating that, and we had a renewed sense of hope … that we were going to be able to fight to ensure that we were getting the guidance” for new applications, which Molina said was expected in mid-July. But DHS remained silent, continuing to process only renewals.

In a July 17 federal court ruling out of Maryland, DHS was ordered to resume processing new applications for people who could meet DACA requirements. However, Wolf’s eight-page memo essentially ignored that ruling.

NPR reported July 28 that an anonymous senior administration official, when asked how the new policy could be reconciled with the Maryland ruling, said the memo was an “intervening action” that makes that decision moot.

Colorado Springs immigration attorney Amber Blasingame said Wolf’s posture is one that suggests the courts need to defer to DHS’ discretion in implementing policies and programs.

The memo doesn’t just go against the Maryland decision (which could be interpreted not to apply nationally). “They’re in violation of the Supreme Court’s decision at this point, and I have to be quite frank in saying that’s not uncommon,” Blasingame said.

Essentially, DHS is saying “they’re reviewing and considering the possibility of a more robust recission of the program,” Blasingame said. “There’s a possibility that they may not even rescind the program at this point, but in the interim they’re basically going to reduce the program.”

Wolf wrote in the memo that during this “reconsideration” period, DHS should reject all new applications.

“It is vitally important to convey a message that discourages individuals from undertaking what can often be a perilous journey to this country with no legitimate claim to enter or remain,” Wolf said, apparently referring to families who might attempt to enter the United States without documentation. “Of course, the DACA policy would not apply to children who are sent or brought to this country today. But rescinding the DACA policy may further DHS’s efforts to discourage illegal immigration involving children going forward.”

“By contrast, I am concerned that retaining the policy creates some risk of communicating the contrary message and encouraging such illegal conduct by suggesting a potential for similar future policies,” he continued.

The Supreme Court’s majority opinion stated that in rescinding DACA, DHS did not adequately review the “reliance interests” of those who had enjoyed benefits of work authorization, Social Security, Medicare and advance parole (the former ability for DACA recipients to travel freely in and out of the country, which they have not been able to do since 2017).

“Whatever the merits of these asserted reliance interests on the maintenance of the DACA policy, they are significantly lessened, if not entirely lacking, with regard to aliens who have never before received deferred action pursuant to the policy,” Wolf said in his memo.

Blasingame said she expects to see litigation over the memo that addresses reliance interests tied to shortening the renewal period, and that says DHS disregarded the Supreme Court ruling.

More than 1.3 million people could be eligible

“The President is trying to avoid the political consequences of his wildly unpopular actions against Dreamers, while appealing to his anti-immigrant base,” Todd Schulte, the president of FWD.us, said in a July 28 statement. DACA recipients are often called “Dreamers,” after failed federal legislation that would have provided them with a pathway to citizenship. “Cutting the program’s length in half — as of today — and excluding hundreds of thousands of new DACA applicants is cruel and chaotic.”

Just 12% of the nearly 2,000 respondents, from across political parties, said Dreamers should be removed or deported, and 10% said they didn’t know or had no opinion.

“With this new memo, hundreds of thousands of DACA recipients will be given one year protections instead of two, essentially moving their threat of deportation to the year after the November elections,” the Home is Here Coalition, which represents immigrant rights organizations across the country, said in a July 28 statement. “More so, 300,000 DACA-eligible undocumented youth who should be on their way to getting DACA protections will be rejected.”

The nonpartisan Migration Policy Institute estimates that more than a total of 1.3 million people could be eligible for DACA if the 2012 policy had not been rescinded.

A new president could potentially restore the program to its former Obama-era status, but DACA recipients won’t have a pathway to citizenship, or even legal residence, until Congress enacts new legislation.

Molina, a DACA recipient who’s lived in the country for 19 years — since she left Mexico at age 9 — said she learned the meaning of community in her small Colorado hometown of Glenwood Springs, where she cleaned houses with her mother. Now a member of the board of trustees at Metropolitan State University, making her the first Dreamer appointed to a state board, Molina refuses to think about what might happen if she is deported.

“I’m not ready to give up my fight,” she said. “… I am an American in every way except for on paper.” 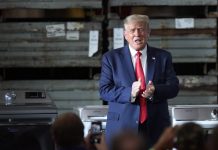 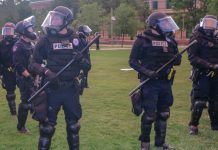 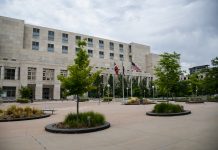 Some criminal cases among backlog could be dropped due to Colorado’s...

At least 25% of Colorado renters are at risk of eviction in the coming...

Mask order could be slowing rate of increase in COVID-19 cases,...