The U.S. Census Bureau plans to cut short the door-knocking period it told Congress would be necessary to gather responses from hard-to-reach Americans during the coronavirus pandemic.

“We will end field data collection by September 30, 2020,” the Bureau announced in a statement posted Aug. 3. “Self-response options will also close on that date to permit the commencement of data processing.”

Back in April, the Census Bureau sought a deadline extension from Congress to protect enumerators — those charged with visiting the homes of people who didn’t respond online, by mail or by phone — and the public, while ensuring a “complete and accurate count.”

Such a count is essential: Required by the U.S. Constitution, it’s used to determine representation in Congress, allocate government funding and provide troves of detailed, anonymous data for a variety of uses.

The Census Bureau had originally planned for enumerators to follow up in person with non-responding households between May 13 and July 31. As recently as July 30, the Bureau’s website said those follow-ups would conclude Oct. 31 — given that most offices won’t begin in-person follow-ups until Aug. 11 due to circumstances caused by COVID-19. Over the first few days of August, the website said simply that the bureau “is working to complete data collection as soon as possible, as it strives to comply with the law and statutory deadlines.”

On Aug. 3, the website was updated to read: “All area census offices will complete their work by September 30, 2020.”

For one former Census Bureau director, that spells danger.

“If they prematurely cut off what is called non-response follow-up, what happens is … those areas that disproportionately have people that are tough to enumerate will be undercounted,” Robert Groves, who served as the Bureau’s director from 2009 to 2012, told Colorado Newsline.

Historically, communities that are undercounted have included rural areas and those with high poverty levels, said Groves, who’s now provost of Georgetown University.

Colorado’s five counties with the lowest response rates (between 15% and 30%) as of Aug. 2 included Hinsdale, Mineral, San Juan, Summit and Costilla counties. Of those, Hinsdale, Mineral and San Juan counties have populations under 1,000 people. Two of the five counties have a high percentage of residents living in poverty, compared with the national average of 11.8%: San Juan (14.4%) and Costilla (25.2%), according to U.S. Census Bureau estimates.

Nationwide, close to 63% of people have responded to the 2020 Census.

When areas are undercounted, “you cheat those areas of their relative voting power,” Groves said.

While Groves said the Census Bureau made the “right moral decision” by waiting to send out enumerators, he worries that it presents a problem for undercounting renters.

“Let’s say that you didn’t complete the form online when you got it, and so now it’s July,” and your door may not be knocked on until much later, he posited. “The problem with that is that people move. You could have changed residences.”

The Census Bureau aims to count everyone in the United States “where they were on April 1” — Census Day — Groves said.

“Let’s say you’re fragile in your finances — and those people move a lot, so they tend to be missed — because they may move into a unit that was enumerated, and so they wouldn’t get a follow-up call,” he explained.

The Census Bureau’s April ask to legislators in Congress also included a request to extend the deadline for apportionment counts to be delivered to the president to April 30, 2021, and for redistricting data to be delivered to the states no later than July 31 of that year. That would have rolled over the Census operations to a new administration, if President Donald Trump lost the election in November.

In that case, Trump’s push for undocumented immigrants to be removed from the count for determining congressional representation could also be abandoned, provided that effort withstands court challenges.

The effort was one subject of a July 29 hearing of the House Oversight and Reform Committee, where former Census directors including Groves testified that such a removal would be unconstitutional, and Democrats lambasted the Trump administration.

“You would think that a country as old and as distinguished as America would be able to reputably count its own citizens and follow the precedent established by every living Census director to count not only citizens, but others such as undocumented people in each district,” Rep. Jim Cooper, D-Tennessee, said at the hearing.

Republicans, along with John Eastman, a witness and law professor at Chapman University in California, disagreed.

“President Trump’s directive is not only good policy but perfectly constitutional,” Eastman said.

Counting undocumented immigrants for apportionment “dilutes the representation” of American citizens, said Rep. James Comer of Kentucky, who is the committee’s ranking Republican.

Unlike counting undocumented immigrants, the bureau’s requested deadline extension for the 2020 Census were once strongly supported by Trump. They were approved by the House as part of coronavirus relief legislation but never by the Senate, the Associated Press reported.

Now, the Census Bureau says it will meet the Dec. 31 deadline.

“This census already has a gigantic challenge because of the pandemic,” Groves said. “Cutting it off prematurely makes it even worse, because there are a bunch of homes that won’t have been visited.” 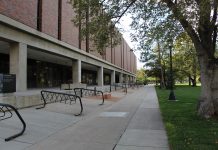 How families are keeping Halloween from turning into a COVID nightmare