Congressional candidate Lauren Boebert of Rifle, who has defended “law and order” and recently called for protesters to start “behaving” in the wake of widespread demonstrations against police brutality, was detained and handcuffed herself after a verbal altercation with law enforcement at a 2015 country music festival, records show.

A petty offense charge for disorderly conduct — which the Mesa County district attorney later dismissed — arose from an incident at the Country Jam music festival near Grand Junction, where sheriff’s deputies said Boebert encouraged people arrested for underage drinking to break free and repeatedly said she had “friends at Fox News” who would report on her subsequent “illegal arrest,” according to deputy accounts in a case report.

“I was glad the legal system worked as it should have and that the district attorney recognized there shouldn’t be charges,” Boebert said via text when asked for comment on the incident.

In June, Boebert rose to national fame when in a primary race she ousted incumbent Republican Rep. Scott Tipton, who had represented the 3rd congressional district since 2011. Donald Trump won the district by 12 percentage points in 2016, and the race was considered an easy win for Republicans until recently.

A poll released Aug. 13 by left-leaning polling organization GQR, sponsored by the campaign of Boebert’s opponent, Diane Mitsch Bush, found the two candidates nearly tied. GQR surveyed 400 likely voters and found 43% support for Mitsch Bush and 42% for Boebert. Of the remaining voters, 4% were undecided and 11% were split among three additional candidates.

The poll also found that the district was tied for the presidential race with 48% of people surveyed supporting President Trump and 48% for Democrat Joe Biden.

Around 9 p.m. on June 20, 2015, Mesa County Sheriff’s Office deputies noticed that Boebert, then 28, was shouting at several people detained at a command post who’d been arrested on suspicion of underage drinking at the festival, according to two deputy statements. A sergeant “had to physically push her backwards” as Boebert ran into the command post, one deputy wrote.

She was yelling “something to the affect (sic) of ‘they didn’t read you your Miranda Rights so that is an illegal detention,'” according to the statement.

Boebert was “trying to get subjects to leave the custody of law enforcement,” another deputy wrote.

“Lauren continued yelling and causing the underage drinkers to become unruly,” the first statement reported. “Lauren’s behavior was becoming likely to cause a disorderly response from those in the area attending the concert.”

When Boebert didn’t stop yelling after being asked multiple times by law enforcement, two deputies “advised her she was under arrest for disorderly conduct” and handcuffed her, according to the statement.

“Lauren began yelling that we did not read her her Miranda Rights and the arrest was illegal,” the deputy said. “Lauren said multiple times that she had friends at Fox News and that the arrest would be national news.”

The second deputy said Boebert had recognized a friend who was under arrest at the underage drinking command post, suggesting that was what spurred her outburst. That deputy also said Boebert tried to walk away to avoid arrest and began to “twist away” when they attempted to handcuff her.

Boebert at first refused to provide identifying details, the deputy said, but “reluctantly” gave her name and personal information when she was told she’d be taken to jail if she refused.

“Lauren then began stating again that we illegally arrested her and that she was going to have Fox News and every reporter at the court house,” the report said.

Boebert was given a court summons and released but later failed to appear for two separate hearings in the case, court records show.

The Mesa County district attorney’s office dismissed a class 1 petty offense charge against Boebert “in the interest of justice,” writing that there was “no reasonable likelihood of conviction should (the) case go to trial.”

Under current Colorado law, a class 1 petty offense carries a maximum penalty of six months in jail, a $500 fine or both.

Newsline became aware of the dismissed charge during a background check for both Boebert and Mitsch Bush.

Though she wasn’t yet a rising political star, Boebert appeared on Fox News prior to her June 2015 run-in with deputies. A July 2014 national story covered her Rifle restaurant, Shooters Grill, where waitresses carry firearms.

If you want to defund the police, start by behaving.

“If you want to defund the police, start by behaving,” she tweeted June 5.

Civil order, rule of law, respect, and decency need to be restored!!! Patriotism, loyalty to a shared purpose, basic human values and principles have to be embraced.

“Civil order, rule of law, respect, and decency need to be restored!!!” she said June 23. “Patriotism, loyalty to a shared purpose, basic human values and principles have to be embraced.”

While seeming to encourage a crackdown on protests, Boebert is also a fierce defender of the Constitution, often referencing Second Amendment rights as central to her platform. She successfully campaigned to the right of incumbent Tipton and is running for election in a House district encompassing the Western Slope and parts of south-central Colorado.

I will just warn everyone now.

I do not back down despite any onslaught of attacks.

Colorado wanted a fighter and you’ve got a fighter.

I am going to defend our Constitution, our freedoms and our God-given rights every single day!

“Colorado wanted a fighter and you’ve got a fighter,” she tweeted July 2, a few days after she ousted Tipton in a primary upset that made national news. “The Republican Party needs fighters.

“I am going to defend our Constitution, our freedoms and our God-given rights every single day!” 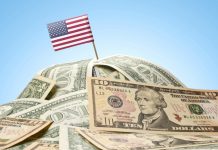