Betsy Leonard and her husband have lived in Battlement Mesa, a planned community northeast of Grand Junction, for 15 years. But not long after moving into their retirement home, nestled in the scenic desert bluffs of the Colorado River valley, the Leonards found themselves at odds with an unwelcome new neighbor.

In 2009, Denver-based Antero Resources announced plans to drill for natural gas underneath Battlement Mesa, threatening the quiet, unincorporated Western Slope community of about 4,700 residents with the prospect of large well pads just hundreds of feet away from homes. Antero later sold its mineral holdings in the area to Ursa Resources, a small operator backed by a private-equity firm, which began drilling the first of more than 100 planned wells at four sites near the neighborhood in 2017.

“At times, I felt that I was living in an industrial zone,” Leonard said in testimony before the Colorado Oil and Gas Conservation Commission on Aug. 26. “There have been big 18-wheeler trucks, bulldozers, backhoes, dump trucks and other heavy equipment moving on our residential streets. The mud has been infuriating. The gas company has not been a good neighbor. When digging a pipeline, it caused a fire and a flood, putting our homes at risk.”

Many of Leonard’s neighbors moved away due to the constant traffic, noise, noxious odors, light pollution and other disruptions brought by the drilling, she told COGCC commissioners. Those who stayed did what residents in so many other communities impacted by Colorado’s decade-long oil and gas boom have done: They organized citizens’ groups, held meetings and public forums, wrote letters to the editor and petitioned local elected officials and the courts for help.

But as a small, unincorporated community in conservative, gas-rich Garfield County, drilling opponents in Battlement Mesa never stood a chance. The last of Ursa’s planned wells were given the go-ahead by state regulators in early 2019, and local officials never tried to stand in the way, Leonard said.

“Our pleas fell on deaf ears,” she told the COGCC. “I have dealt with the Garfield County Commission for years, and they have never been receptive to our concerns.”

Leonard’s experience, and that of thousands of other residents of small towns across Colorado, lies at the heart of the first pivotal decision the COGCC’s five-member rulemaking commission will make as it embarks on a sweeping overhaul of its regulations: What does “local control” of oil and gas development in Colorado really mean, and how far does it go?

“Local control” was a rallying cry for many environmental groups who battled the state’s rapidly-expanding oil and gas industry throughout the 2010s, and a key element of Senate Bill 19-181, the overhaul of drilling laws passed by the Colorado General Assembly last year. Industry groups had long warned of the unmanageable “patchwork” of regulations that local control would entail, and successfully sued municipalities like Fort Collins and Longmont to strike down restrictions that conflicted with state law.

With SB-181 and local control now the law, the tables have abruptly turned. While left-leaning governments in Boulder and Denver’s northern suburbs move to strengthen drilling regulations at the local level, oil and gas interests see opportunity in more rural, conservative counties where officials are eager to enact less restrictive rules. Environmental groups and Democratic backers of SB-181 stress the importance of a “floor” of statewide health and safety regulations that protect all Coloradans equally.

As the first week of a three-week hearing to implement new permitting and safety rules required by SB-181 comes to a close, commissioners will soon decide what kind of balance to strike between state and local authority.

“This is a new relationship,” COGCC director Julie Murphy said as this week’s rulemaking hearing began. “And we have an opportunity to do it well.”

‘State regulations are a floor’

In testimony before the COGCC this week, Senate Majority Leader Steve Fenberg, a Democrat from Boulder and one of SB-181’s sponsors, told commissioners that the bill wasn’t written to allow local governments to pass less restrictive regulations.

Local officials from Weld County, home to 90% of the state’s oil production, and many other counties along the Eastern Plains and Western Slope urged the COGCC to give greater deference to local rules. Garfield County Commissioner Tom Jankovksy said that he believes natural gas would be an important part of the county’s economy “for the next 100 years” — a position at odds with the overwhelming consensus of the world’s climate scientists, who have urged governments to avoid the worst impacts of global warming by achieving net-zero greenhouse gas emissions by 2050 or sooner.

“The statewide rules are not equitable for Colorado’s diverse local communities,” Jankovsky told commissioners. “Garfield County is pretty much rural, and oil and gas has been discovered and developed — with a few exceptions — in the rural parts of Garfield County. … Local control over surface land use, as directed by SB-181, is only sensible.”

The local control debate centers on a section of SB-181 stating that “a local government’s regulations may be more protective or stricter than state requirements.” The new law doesn’t say anything about less protective rules, but environmental groups say its intent is clear.

“Had the General Assembly intended for local governments to possess authority to approve (less protective rules) … surely it would have made that intention clearer than its language allowing only ‘more protective’ regulations,” Joe Salazar, director of anti-fracking group Colorado Rising and a former state representative, wrote in a pre-hearing argument submitted to the COGCC. “Given the plain language of the statute and the clear spirit and intent of the General Assembly when enacting SB 19-181, the industry’s unsupported local primacy interpretation must be rejected.”

For its part, the COGCC maintains that neither environmental groups nor oil and gas interests are interpreting the law correctly.

“Staff does not agree with some parties that have argued SB-181 does not allow the commission to adopt more protective standards than local governments,” said Joel Minor, an assistant attorney general advising the COGCC, during an Aug. 25 hearing. “Nor does staff agree with other parties that have argued that local governments cannot adopt a standard that is less protective or less strict than the commission’s rules.”

Instead, Minor said, SB-181 establishes the “co-equal, independent authority” of both state and local governments to regulate drilling. Local governments can pass less restrictive rules if they wish, but that won’t lessen the requirement on oil and gas operators to meet statewide standards.

“Nothing in the text of Senate Bill 81 expressly prohibits local governments from adopting a less strict standard than the commission,” Minor explained. “However, if that happened, an operator would nevertheless be required to also comply with the commission’s more protective standard.”

‘The only standard that matters’

The COGCC’s so-called Mission Change rulemaking aims to update the agency’s 284-page rulebook to reflect a key statutory change made by SB-181, eliminating language that charged the commission with “fostering” oil and gas development and replacing it with a mandate to “regulate” the industry to protect health, safety and the environment.

Matt Lepore, an attorney representing Garfield County and a coalition of other pro-drilling local governments, pointed to a section of the bill that places a similar health and safety mandate on local governments.

“This is, we think, the only standard that matters,” said Lepore, a former COGCC director who resigned from the agency in 2018 to join an oil and gas consultancy. “If a local government regulates to this standard, its regulations are valid — and should be acknowledged, honored and deferred to by the COGCC.”

Lepore also highlighted a provision included in initial drafts of SB-181, which contained stronger language establishing a statewide “floor” of protections but which was removed before final passage. And he hinted that if oil and gas operators and pro-industry local governments are unhappy with the commission’s final rules, the issue could ultimately be settled in court.

You have an opportunity to avoid the litigation and avoid perpetuation of the oil and gas wars.   -Matt Lepore, attorney representing Garfield County

“The oil and gas wars that raged starting in about 2012 were all about state preemption of local government authority,” Lepore told commissioners. “Some of those battles boiled over into litigation, some of those were ultimately decided by the Colorado Supreme Court. You have an opportunity to avoid the litigation and avoid perpetuation of the oil and gas wars.”

Commissioners began formal deliberations on new permitting rules on Thursday, and commission chair Jeff Robbins acknowledged that the local control issue was the “elephant in the room.” The first half of the COGCC’s mission-change rules are scheduled to be finalized by Sept. 11.

“We need to be aware of the dual sets of authority, and we need to create a rule that is workable for the state and the patchwork of local governments that exists,” Robbins said during an Aug. 26 hearing. “And that’s hard to do, but I think we’re getting closer.” 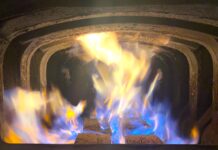 More abandoned oil and gas wells likely in Colorado — but...