One day after Colorado health officials briefed a state rulemaking panel on the potential health risks posed by oil and gas drilling, industry groups brought in an expert of their own to downplay the state’s findings — and her comments were blunt.

“My expert conclusion is that there’s no credible, causal evidence that current setback distances need to be extended in order to minimize adverse health impacts,” Tami McMullin, who previously served as a state toxicologist, told members of the Colorado Oil and Gas Conservation Commission in a Sept. 4 hearing.

Since 2018, McMullin has worked as a senior toxicologist for the Center for Toxicology and Environmental Health, an Arkansas-based consulting firm with a long history of working closely with the fossil fuel industry — and an equally long history of controversy during which its work has drawn conflict-of-interest accusations.

McMullin’s comments to the COGCC came on behalf of the Colorado Oil and Gas Association ahead of a pivotal decision by the commission on whether, and by how much, to extend mandatory “setback” distances between occupied buildings and new wells. Industry groups are staunchly opposed to increased setbacks, and testimony submitted to state regulators in advance of the rulemaking included a private study “prepared for” COGA by McMullin and other CTEH researchers to help bolster their case.

Founded in 1997, CTEH provides consulting services across a variety of industries, but much of its highest-profile work has been on behalf of the oil and gas industry, which frequently hires the firm to perform air-quality monitoring and other functions in the wake of health and safety incidents. In the past decade, CTEH has been called upon by the industry following an Exxon pipeline rupture in Arkansas in 2013; a fire at a fracking site that contaminated an Ohio River tributary in 2014; a spill at a Louisiana oil terminal in 2018; and a fire at a Houston petrochemical plant in 2019.

Representatives for both CTEH and COGA declined to clarify the exact nature of their relationship. CTEH’s website states that the firm has worked on 180 “projects” in Colorado.

CTEH’s long-standing client relationships with many top oil and gas companies have made it a frequent target of criticism from environmental groups and skeptical lawmakers. In 2010, when the company was hired by BP to perform chemical testing in the wake of the Deepwater Horizon oil spill, Democrats in Congress cried foul.

“CTEH has a history of being hired by companies accused of harming public health and releasing findings defending the corporate interests that employ them,” Reps. Lois Capps and Peter Welch wrote in a letter to BP leadership. “Enlisting CTEH … is just another indication that BP is more concerned about their own bottom line than the public’s health.”

In a statement, COGA president Dan Haley said that the organization has been “working closely with” McMullin, whom he called “incredibly knowledgeable” about the impacts of oil and gas development on public health.

“She knows what she’s talking about and she’s a straight shooter,” Haley said. “A published technical writer, graduate-level professor with over a decade of experience, her bona fides speak for themselves.”

In a statement provided to Newsline by a CTEH spokesperson, McMullin said that the firm “follows well-established, scientifically-based procedures.”

“Our sampling plans are thoroughly vetted by seasoned experts, and data is analyzed based on standards and guidelines established by all applicable regulatory agencies to ensure transparent, non-biased assessments,” she said.

Our sampling plans are thoroughly vetted by seasoned experts, and data is analyzed based on standards and guidelines established by all applicable regulatory agencies to ensure transparent, non-biased assessments.   -Tami McMullin, of CTEH, in a statement

Critics, however, allege that CTEH’s work for deep-pocketed industrial interests is anything but unbiased. The New York Times reviewed the company’s history of controversy in the wake of the BP oil spill in 2010, quoting multiple environmental and engineering experts who argued that CTEH had a “vested interest in finding a clean bill of health to satisfy its corporate employer.”

After being hired by Murphy Oil to conduct testing at a refinery spill caused by Hurricane Katrina in 2005, CTEH was later faulted by environmental groups for improper sample collection procedures, and a 2008 Environmental Protection Agency audit similarly found deficiencies in the company’s air-quality monitoring at the site of a Tennessee coal ash spill. In 2006, CTEH vouched for the safety of drywall products made by Chinese firm Knauf Plasterboard Tianjin amid concerns raised by consumer groups; the manufacturer later settled a class-action lawsuit by agreeing to pay between $600 million and $1 billion to homeowners affected by hazardous material.

Nicholas Cheremisinoff, a former Exxon engineer, told the Times that CTEH’s testing services amounted to “the fox guarding the chicken coop.” A toxicologist quoted by the Times described the firm’s “work product” as being “paid to say everything’s OK.”

CTEH’s work for COGA follows the release of a landmark study that examined health risks posed by oil and gas activity and was completed by the Colorado Department of Public Health and Environment in October 2019. The study found that under certain conditions, drilling, fracking and other industry operations could lead to short-term negative health effects at distances up to 2,000 feet away, and could pose long-term risks at shorter distances.

Industry groups have downplayed the study’s findings, in large part by criticizing its reliance on air-quality and exposure modeling — common statistical tools used by researchers to overcome technical and cost limitations inherent in the collection of air samples, which can be affected by dozens of variables, including time, distance, topography, weather conditions and nearby human activity.

In advance of the COGCC’s rulemaking on setback requirements, McMullin — who oversaw part of the work on the state’s modeling study before leaving the Colorado Department of Public Health and Environment to join CTEH in 2018 — performed research for COGA that is consistent with the industry’s skepticism towards common air-quality modeling practices.

In an 11-page CTEH research paper submitted to the COGCC, McMullin and other CTEH researchers analyzed concentrations of benzene, a toxic chemical, in 6,582 air samples collected near oil and gas sites in Colorado between 2017 and 2020. Only one, taken at a distance of 1,100 feet from a well near Greeley’s Bella Romero Academy in 2019, exceeded the risk threshold set by the federal government’s Agency for Toxic Substances and Disease Registry.

The report suggests that benzene emissions from oil and gas facilities pose no health risks even at a distance of 175 feet — far shorter than the COGCC’s current minimum setback of 500 feet.

“Based on the overall weight of evidence from the current data,” the report concludes, “acute exposures to the measured benzene concentrations in the air at distances ranging from 175–5,100 feet from wellpads during drilling, hydraulic fracturing, millout, flowback and production are not likely to harm peoples’ health.”

That differs starkly from the conclusions reached in CDPHE’s multi-year, peer-reviewed study, which found risks from benzene and multiple other toxic chemicals that can be emitted by industry operations. It’s also at odds with years of complaints received by CDPHE and COGCC regulators from residents living near fracking sites, who have consistently reported frequent noxious odors and health effects like headaches, nosebleeds, respiratory difficulties and more.

Scientists say that air-quality studies that don’t employ probabilistic modeling paint a highly incomplete picture of potential human exposures, as Kristy Richardson, Colorado’s state toxicologist, explained to COGCC commissioners during a Sept. 3 briefing on the study. Even the roughly 10,000 air samples collected by the state prior to 2017, Richardson said, were “a limited data set, and it might not adequately represent community exposure.”

“When we do measurements, we’re always limited by the fact that we can only collect measurements in one place, or maybe a handful of places,” she added. “We can’t collect data about the exposure for every single community member, or every community in every direction around the well pad.”

The state’s 2019 study employed two modeling tools developed and recommended by the Environmental Protection Agency: AERMOD, which modeled the dispersal and concentration of toxic emissions at different distances and under different conditions; and APEX, which modeled based on variables as minute as different breathing rates and a person’s “microlocation” within their home, Richardson said.

“While the risk … decreased the further away you got from the well pad, we did see an acute health risk at all distances that we modeled, from 300 to 2,000 feet,” she told COGCC commissioners.

Minimum setback distances are expected to be among the most controversial issues decided by the commission during its ongoing Mission Change rulemaking, a top-to-bottom overhaul of its rules required by Senate Bill 19-181, the reform bill enacted by Democrats in the Colorado Legislature last year. Setbacks were the subject of a contentious ballot fight in 2018, when a $50 million opposition campaign bankrolled by industry groups successfully defeated a proposal, backed by anti-fracking group Colorado Rising, to establish a rigid 2,500-foot setback across the state.

As deliberations on setbacks begin, COGCC staff have proposed moderate extensions to the state’s current requirements, including a new 1,500-foot setback from high-occupancy buildings and groups of 10 or more residential units, and 2,000 feet from schools and child care centers. Some environmental groups are urging the commission to adopt stricter setbacks of 2,000 feet from most homes, while others, including Colorado Rising, still support a 2,500-foot standard.

“The oil and gas industry tries to play the role of tobacco executives, who tried to get the public to believe that their product is so damn safe,” Joe Salazar, Colorado Rising’s executive director, told Newsline. “But we know that it’s not.”

During her Sept. 3 presentation on the state’s health study, Richardson cautioned against drawing broad conclusions based on its findings, saying that more research on a variety of topics is still needed. But while speaking about existing epidemiological research on oil and gas health hazards, she also warned against interpreting “limited evidence” as proof of the absence of risk.

“Having limited outcome from epidemiological studies is pretty normal, because it takes a long time,” Richardson said. “For cigarettes, for instance — I think everybody hopefully knows by now that cigarettes are bad for you. But that took about 40 to 50 years of epidemiological research to really be able to say that conclusively.” 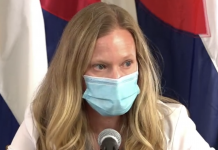 Here’s how counties can move between COVID-19 restriction levels 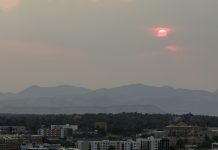 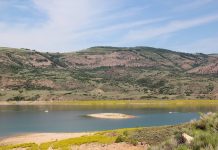 Colorado farmers struggle to cope with a drought that keeps coming...