In June, a bipartisan group of former high-ranking government, national security and other experts convened online to game out election night crisis scenarios. The results, given how President Donald Trump and his allies have behaved in recent months, were as unsurprising as they were alarming.

“President Trump is likely to contest the result by both legal and extra-legal means, in an attempt to hold onto power,” a report on the exercises says. It adds, “The potential for violent conflict is high, particularly since Trump encourages his supporters to take up arms.”

Mounting evidence suggests that street clashes and other forms of violence around the November election are probable unless government and community leaders take steps now to ensure peace. Colorado leaders so far have failed to properly face up to the prospect of election-related civil unrest. Some in fact have taken a cue from Trump and through dangerous rhetoric are depositing flammable material.

If Trump supporters perpetrate election-related violence in Colorado, responsibility in no small measure will belong to Michelle Malkin, a nationally-influential commentator who lives in Colorado Springs and has become a conservative bellwether regarding recent protests in Colorado and elsewhere.

“This IS a war, waged on many fronts,” she said in a pair of Aug. 29 tweets expressing support for Trump and Kyle Rittenhouse, the pro-police 17-old-year gunman accused of shooting three people, two fatally, on Aug. 25, during protests in Kenosha, Wisconsin. “These times are exposing who the true warriors are & who the role-playing actors are,” she added.

Malkin means the terms “war” and “warriors” literally. When a group of armed civilians arrived on Aug. 3 in a Colorado Springs neighborhood in response to a Black Lives Matter demonstration, Malkin wrote in support, “Lock, load and lean on each other. Domestic tranquility, like anarchotyranny, doesn’t just happen on its own.” She has lionized Rittenhouse, who faces charges of first-degree intentional homicide and first-degree reckless homicide, describing the Kenosha shootings as “justified self-defense against a bloodthirsty, skateboard/weapons-wielding mob.” She recently said about the November election, “We have to be prepared, we have to be armed.”

It would be tempting to dismiss Malkin, a friend of Groyper racists and anti-Semites, as an unpleasant feature of the fringe. But she’s a comrade of some of the state’s most prominent Republicans. Colorado House Minority Leader Patrick Neville is a frequent Malkin collaborator — the two filed a lawsuit against Gov. Jared Polis over his mandatory face mask order. That “we have to be armed” remark about the election was uttered on the air during a solicitous interview conducted by George Brauchler, the Republican attorney for the 18th Judicial District, who, for some reason, has a radio show on KNUS.

Other prominent conservatives in less direct but no less irresponsible ways have helped encourage a mood in which election violence might seem justified to Trump supporters. A recent campaign spot for Rep. Ken Buck called “I’m taking on the DC Swamp Critters” features the 4th District congressman, who doubles as the chairman of the Colorado GOP, walking swiftly outdoors reciting platitudes about the “swamp” in Washington and wearing a handgun on his belt. He says, “And Joe” — as in Biden — “You can take this gun out of my cold dead hands,” and then he meets Weld County Sheriff Steve Reams, who hands him a semi-automatic rifle, from which Buck, in a bizarre performance, squeezes off five rounds.

Lauren Boebert, who defeated five-term incumbent Rep. Scott Tipton in an upset primary win to become the Republican candidate to represent Colorado’s 3rd Congressional District, and who was invited recently by Trump to attend his nomination acceptance speech at the White House, is known primarily for her cartoonish affection for guns. She’s from Rifle, owns a restaurant called Shooters, and is rarely seen without a weapon attached to her person. It would all be comical except for her links to militia groups. “Boebert is embracing elements of the militia movement, going so far as to ask militia members to provide security for her campaign events,” reports the Colorado Times Recorder. One of those militias is the Three Percenters, whose members in recent months have been showing up to counter police reform protesters in American streets. “I am the militia,” Boebert tweeted on June 14.

I am the militia. #2A #WeThePeople

In late August, a militia group appeared in Denver to counter police reform protesters. “Organized by John Tiegen, this group referred to themselves as ‘Kyle,’ seemingly in reference to the alleged Kenosha shooter,” tweeted CPR reporter Andy Kenney, who was on the scene. More troubling was the response to the group by police — a lieutenant told the armed militia members “we appreciate you coming here and giving us support,” before requesting they “disengage,” Kenney tweeted.

The organizer Kenney refers to, John “Tig” Tiegen, also led the armed response to the Aug. 3 Black Lives Matter protest in Colorado Springs. He is not just any vigilante — he is a survivor of the attack on Americans in Benghazi who is admired by many Colorado conservatives and was entrusted with filing the paperwork that put Trump’s name on the 2020 presidential primary ballot in Colorado.

At around the time of Kenney’s reporting on Tiegen, Newsline asked Denver police if the department was doing anything to prepare for civil unrest related to the election. “At this time, DPD is not doing any election-related safety planning,” police spokesman Doug Schepman wrote in an email.

Newsline asked Polis’ office the same question. “The Governor has a tremendous amount of faith in our democracy and our institutions,” responded Polis spokesman Conor Cahill. “Colorado has established an incredible system for ensuring a safe and secure voting process … We respect everyone’s ability to express their first amendment rights and nothing exemplifies the first amendment like the right to participate in our democracy.”

In other words, no planning.

Since the killing of George Floyd at the hands of police in late May, street violence has erupted in Denver, Aurora, Kenosha, Portland and many other cities across the country. Meanwhile Trump has stoked fears of rioters and “thugs” in cities and states, like Denver and Colorado, governed by Democrats. And he has glorified violence — “when the looting starts, the shooting starts.” He has laid the groundwork to contest adverse election results by claiming without evidence that mail-in voting systems, like the one in Colorado, will lead to fraud. And he has refused to say he’ll accept election results.

It will take only a spark around the election to ignite a fire.

“All of our scenarios ended in both street-level violence and political impasse,” said former Defense Department official Rosa Brooks, who is now a law professor and co-organizer of the Transition Integrity Project, according to the Boston Globe.

The project contemplated grassroots street action from both sides of the political spectrum, but it gives the strong impression that threats of violence would mainly come from the right. There is “significant possibility” that both Trump and Biden supporters will take to the streets, but “President Trump and his more fervent supporters have every incentive to try to turn peaceful pro-Biden (or anti-Trump) protests violent in order to generate evidence that a Democratic victory is tantamount to ‘mob rule,'” it says. Even with anti-Trump protests following a Trump Electoral College victory, “The Trump Campaign planted agent provocateurs into the protests throughout the country to ensure these protests turned violent and helped further the narrative of a violent insurrection against a lawfully elected president,” according to one possible scenario.

In recommending steps to take to avoid election disruptions, the report emphasizes that government officials, law enforcement and other leaders “(need) to make plans now for how to respond in the event of a crisis.” Election officials “need to communicate with the public ahead of time, clarifying how ballots will be counted, when results might be known, and how disputes will be resolved.”

Law enforcement officials should start planning for “large-scale protests” and prepare to deal with “violent elements.” And it says peaceful protestors should receive “specialized training on de-escalation and non-violent techniques.”

Secretary of State Jena Griswold and Attorney General Phil Weiser stand out for their forceful rejections of the many mistruths that Trump and his allies have spread about the election, and the counterweight of facts these Colorado leaders provide will help lower the political temperature. Rep. Leslie Herod, who represents Denver in the state House and recently helped enact a landmark police reform bill, has condemned vigilantes in Denver and called on city leaders to do the same.

But from too many other leaders in Denver and elsewhere in the state there has been relative silence or escalation of conflict.

Colorado residents need to hear that officials grasp the volatility of the moment and the potential for civil unrest around the election, and they need to know leaders are prepared to react to it. Absence of such communication and planning will leave a vacuum that armed vigilantes and provocateurs are only too ready to fill. 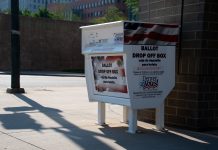 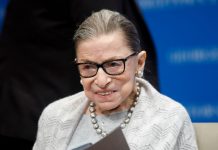 Potential for election violence is high. Why do Colorado leaders seem unprepared for it?