Despite robust science, public trust of a COVID-19 vaccine is at an all-time low. After months of coronavirus lies and misinformation fueled by President Trump, a recent poll found 54% of Americans would not get immunized if the vaccine were approved during the election cycle. While distrust of the current administration is for good reason, distrust of the current science is not, and it’s important to discern the two.

Vaccine safety should be as straightforward as receiving approval by the U.S. Food and Drug Administration. This approval takes into account years of scientific testing and eases the public’s burden by consolidating information — a core tenet of credible institutions. However, the president has compromised the integrity of public institutions by leveraging key institutional appointments for political gain. In unprecedented territory, prominent scientific figures have now issued calls to ignore the Centers for Disease Control and Prevention. Regrettably, the same has become true for the FDA.

Under new FDA commissioner Stephen Hahn, a longtime Republican donor and Trump appointee, the credibility of the institution has been compromised. Although Hahn clearly demonstrated a lack of relevant experience at confirmation hearings, he was confirmed by bipartisan vote, including both of Colorado’s senators, Cory Gardner, a Republican, and Michael Bennet, a Democrat. Hahn’s naivety was immediately reflected in his susceptibility to the president’s influence.


With his tenure coinciding with the onset of COVID-19, Hahn has undermined scientists repeatedly, casting growing doubt upon the integrity of the FDA. Perhaps the best examples are in his support for Emergency Use Authorizations of hydroxychloroquine and, later, convalescent plasma at the president’s behest. Scientists warned of unsubstantiated scientific evidence for both treatments, and the hydroxychloroquine EUA has already been revoked. Combined with long standing concerns of FDA enforcement and compliance under the Trump administration, the red flags are impossible to ignore.

In light of vaccine trials possibly nearing completion, Hahn has attempted to reassure onlookers that an FDA approval will rest solely upon the science. Yet many scientists — this author included — recognize Hahn’s overall actions reflect that he remains easily susceptible to presidential influence, given his continued neglect for guidance from past FDA commissioners in favor of the president. Hahn has clearly demonstrated he is unlikely to fully isolate himself from political pressure. This renders the usual marker of vaccine safety, FDA approval, inadequate in isolation.

This does not, however, reflect that vaccine science should not be trusted. In fact, FDA science and safety protocols remain wholly intact deeper within the institution, even as the public-facing political appointee may be compromised. To this end, the following are signs that, in combination, indicate scientific consensus of a safe vaccine:

• Watch for vaccine approval from expert scientists in the FDA who are likely to work independently of Hahn. Examples might include the eight FDA experts who reaffirmed their personal commitment to the public, the FDA’s Vaccines and Related Biological Products Advisory Committee, and, in tandem, the Advisory Committee on Immunization Practices, which advises the CDC.

• Wait for recommendation by Anthony Fauci, Director of the National Institute of Allergy and Infectious Diseases. Fauci has a longstanding reputation across both Democratic and Republican presidencies and has repeatedly proven himself a medically independent voice during the Trump administration.

• Look for widespread use and recommendation by health care workers, including doctors, nurses and pharmacists, alongside publicly available data.

• Acceptance by scientists who work in vaccine development and clinical trials outside of the government, as well as credible news writers with experience reporting scientific topics, such as at NPR, Science Magazine and more. Do not take advice from experts not trained in these fields.

• Watch for concurrent vaccine approval by the European Union and recommendation for widespread use by the World Health Organization. These can serve as additional independent confirmations of safety.

It’s crucial to remember that while political appointees of institutions may be compromised, the credibility of the scientists within the institutions remain intact. Additionally, short-term discreditation of the FDA is not indicative of long-term reputation, although public consensus may lag on recovery.

As with other core institutions under the Trump administration, such as the CDC, Environmental Protections Agency, Department of Justice and more, appointees under a new administration will struggle with regaining public trust. The FDA is no exception, although it should help to remind Americans that core scientific integrity of these institutions has not been affected. 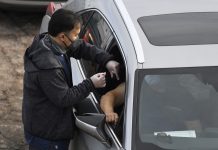 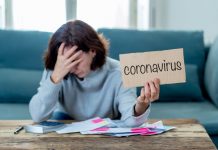 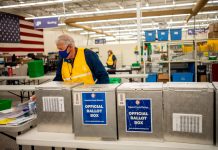 How to know when a COVID-19 vaccine is safe

Farmers are depleting the Ogallala Aquifer because the government pays them...