With another round of pandemic relief legislation looking more and more unlikely to arrive before the new year, people in student loan debt who’ve recently faced financial hardships could be in trouble.

On March 20, Education Secretary Betsy DeVos directed the Federal Student Aid office to suspend loan payments on all federal student loans held by the Department of Education, stop collections on defaulted loans and set interest rates to 0% for a period of 60 days.

That timeline is running out, and people with private loans not held by the Department of Education might not have had the ability to stop making payments without incurring penalties — though the Colorado attorney general’s office has negotiated some similar relief from some private lenders.

“We often hear about the economic fallout of the pandemic in terms of risk of evictions or foreclosures or not being able to pay a car bill, and those are obviously critically important,” Seth Frotman, executive director of the Washington, D.C.-based Student Borrower Protection Center, said during an Oct. 14 virtual discussion on student loan debt. “But I’m worried that we haven’t really fully understood or grasped the extent to which there’s going to be a fallout in the student loan market.”

Before the pandemic hit, 9 million student loan borrowers were in default, Frotman said.

“In 2019,” he added, “over a million student loan borrowers defaulted on their loans, or one every 26 seconds of every single day.”

The average loan debt for Colorado students was about $27,000 in 2019, according to the Institute for College Access and Success, which tracks such figures in an annual report.

Colorado is home to around 750,000 student loan borrowers, state Attorney General Phil Weiser said during the virtual discussion, which his office co-hosted with Frotman’s organization. Around 100,000 of those borrowers live in rural Colorado, Weiser said, and statewide, total student loan debt is approaching $30 billion.

“We’ve seen over the last decade a 107% increase in student loan balances, and what is painful is there are 56,000 people over 60 years old (who) still have student debt,” he added.

The cost of tuition has grown rapidly in the last 30 years.

“Complaints allow us to identify trends, and we have a whole team who are looking at the complaints that we receive to try to find those trends and figure out what to do about them,” Martha Fulford, who as Colorado Uniform Consumer Credit Code administrator oversees student loan servicing for the Department of Law, said during the virtual discussion.

“We work in the attorney general’s office, so we can certainly consider legal action when that is appropriate based on what we’re seeing in complaints,” Fulford added.

Weiser’s office has participated in multistate legal battles against DeVos’ Department of Education over its lack of enforcement of “gainful employment” and “borrower defense” regulations that were aimed at protecting student borrowers from predatory for-profit colleges.

The office has also cried foul over frequent denials of applications for the federal Public Service Loan Forgiveness program. Through the program, borrowers who work for eligible public service or nonprofit employers, and who have made a minimum required number of payments, can have their federal loans forgiven.

But in Colorado, that program has a denial rate above 90%, Weiser said.

In an interview, Fulford recommended that people who need help applying for Public Service Loan Forgiveness, navigating issues with student loans or even just locating more information contact her office by filing a complaint.

“The term ‘complaint’ makes it sound like you’re complaining about something, but really, it’s just like a report,” Fulford said.

While payments are still on pause, Fulford said, people should get on top of their student loans by contacting their servicer.

If they’re worried about making payments, Fulford recommends they ask their loan servicer about starting an income-driven repayment plan, where loan payments are calculated based on income.

“For federal student loan borrowers, these income-driven repayment plans can result in a $0 per month payment,” Fulford said.

Those with federally held student loans — the “vast majority” of Colorado borrowers, Fulford said — had their payments automatically paused, but could opt to make payments on their loan’s principal if they wanted to pay off the loans more quickly, without owing interest. Absent congressional or executive action, the interest payments will resume after Dec. 31.

Frotman, of the Student Borrower Protection Center, cautioned that new companies might be trying to take advantage of people who are saddled with debt and desperate for financial relief.

“COVID has really driven what we think are … emerging risks in this space,” he said. “Some of these are companies parading around as financial innovation but are actually quite concerning in terms of their outcomes for borrowers.”

One example: Some potentially risky new companies, Frotman said, are those that provide income share agreements, or ISAs. These are contracts in which a student agrees to pay an ISA provider a fixed percentage of their income after completing their education.

Frotman also recommended borrowers “get your house in order” before the payment pause ends, and before an impending move by the Department of Education that could mean millions of federal loans are transferred to new loan servicers based on contract changes.

“Now is the time to figure out if you are planning to get Public Service Loan Forgiveness, to get a pretty full accounting of all your payments — when they were made, making sure they’re up to date,” he said. “(Check) in with your student loan company to make sure they have your accurate information, (and make) sure that they would know how to contact you.”

Fulford advised that borrowers keep track of all loan payments and paperwork in a file or on a hard drive.

“If you are encountering roadblocks of any kind, or you’re just having an issue with your student loan, we are here to help,” she said.

Visit coag.gov/studentloans to learn more or to file a complaint.

Editor’s note: This story has been updated with the correct spelling of Martha Fulford’s name. 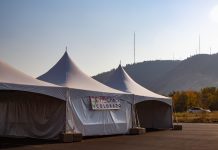 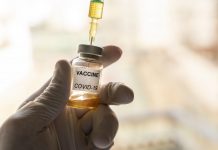 States struggle to draft COVID-19 vaccine plans while in the dark on details, funding 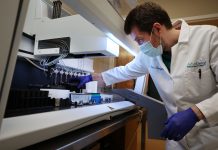