Colorado has long been trending blue, and the Tuesday election offered further signs of diminishing Republican relevance in the state.

President-elect Joe Biden is ahead of President Donald Trump by almost 13 percentage points in Colorado, according to unofficial results, whereas Hillary Clinton in 2016 beat Trump by only 4.9 points. Democrats, who already controlled the governor’s office and both chambers of the legislature, held their majority in the House and added to it in the Senate. One-term Republican U.S. Sen. Cory Gardner lost his seat to a Democrat, former Gov. John Hickenlooper, meaning Colorado will send two Democratic senators to Washington, D.C., next year.

Democrats are celebrating. But Coloradans should be concerned.

A vibrant democracy needs effective representation for diverse political interests, and one-party rule too often leads to excess or arrogance. Many thousands of conservative Coloradans maintain legitimate views and interests at odds with the platform of the dominant party, but too many Republican leaders in the state, largely through an embrace of Trumpian extremism or legislative intransigence, have squandered public trust and eschewed the skills necessary to govern in a democracy. Conservative residents are left lost. Constituencies that find they have no effective representative outlet are prone to resentment and entrenchment, and that is a problem for all Coloradans.

The scale of Colorado voters’ repudiation of Republicans is evident in the numbers. In counties throughout the state, the gap between the performances of Trump and Biden in 2020 as compared to Trump and Clinton in 2016 is smaller this year in conservative counties and larger in liberal counties. For example, in El Paso, the state’s largest conservative county, Trump beat Biden by 10.6 points, according to current figures, whereas Trump beat Clinton by the much larger 22.5 points. Conversely, in Denver, the state’s largest liberal county, Biden beat Trump by a no-contest 65 points, whereas Clinton beat Trump by 56.5. This trend is seen in Weld, Boulder and elsewhere — the gap grew or shrank in Democrats’ favor in red and blue counties.

Heading into Tuesday, Gardner was one of just two Colorado Republicans to hold an office elected by voters throughout the state. His loss leaves just one — Heidi Ganahl, an at-large regent for the University of Colorado. It’s an important job, but not exactly a position of great influence, and even less so now — Democrats on Tuesday took the majority on the nine-member Board of Regents for the first time in more than 40 years.

Republican leaders have brought this on themselves. Rep. Ken Buck, chairman of the state’s GOP, is a mask-denying Trump partisan who recently cast doubt on the integrity of the Colorado election with baseless claims that the secretary of state tried to register ineligible voters. Some officials in his own party have become exasperated with his leadership. State Rep. Patrick Neville, the House minority leader, another prominent mask-denier, is aligned with the most virulent strains of right-wing agitation. He frequently collaborates with Michelle Malkin, a Colorado Springs activist and friend of racists who called on conservatives to arm themselves as part of election efforts. Neville’s legislative colleagues are so dissatisfied with his leadership that, in an acknowledgement of the discontent, he will voluntarily step down as minority leader.

The greatest humiliation of all for the state GOP is that Lauren Boebert is now the face of Colorado Republicans. The 33-year-old restaurateur from Rifle with a win on Tuesday will represent Colorado’s 3rd District in the House of Representatives even though the entirety of her pitch was a lazy recitation of MAGAisms, which already seem outdated now that Biden won the presidency. Boebert seems incapable of original thought, and in frequent campaign video spots she gave gauche performances reminiscent, in affected body language and unnatural cadences, of a middle schooler throwing in for student council. Like a clown wears a red ball on his nose she wears a ridiculous gun on her hip. As with Trump, her ascension to high office would have been unthinkable not too long ago, but now when anyone in Colorado or the rest of America thinks of “Republican from Colorado,” they will think of Lauren Boebert.

In a Colorado Times Recorder story this week headlined “Conservatives Offer Advice on How Colorado Republicans Can Win Again Statewide,” Ari Armstrong, columnist for the conservative Complete Colorado, suggested that Republicans had failed “to talk sensibly about the issues that most voters care about.”

“In many voters’ minds, the GOP is the party that hates gay people and wants to ban all abortions,” Armstrong told the Times Recorder. “Now, it is the party often associated with the lunacy of QAnon and the racial nationalism of Donald Trump. That just ain’t gonna cut it in statewide races. Republicans need to present a positive vision for how they hope to govern for everyone in Colorado.”

Without such a vision, the voice of conservative voters in Colorado will continue to grow quieter in the halls of power, not because it lacks political merit but because Republican leaders have abandoned democratic principles of compromise, public trust and good faith. Without effective representation in government, conservative Coloradans will find alternative means to have their voices heard. That is a problem for Democrats and Republicans alike.

JFK’s Thanksgiving wish: That we’re ‘humbly grateful’ for what brings us together 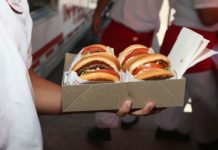 What happens when special interests dominate a party?