This month, the Colorado Oil and Gas Conservation Commission is considering revisions to its wildlife rules. According to the state law Senate Bill 19-181, passed last year, the new mission of the COGCC is to regulate oil and gas operations in a way that protects public health, safety, and welfare; the environment, wildlife, and biological resources.

SB-181 elevated Colorado’s wildlife and biological resources as deserving of protection. This is an exciting opportunity to improve conservation of Colorado’s biodiversity — the rich natural heritage that we all share. However, it is one thing to pass a law and it is another thing to write the rules that implement the law. The rulemaking process necessitated by SB-181 has been painfully slow, due in part to the COVID-19 pandemic, and in part to the sheer magnitude and complexity of the undertaking. So far, the lion’s share of public attention has been focused on public health, safety and welfare. However, by law Colorado’s biodiversity merits equal consideration.

Colorado is an ecologically diverse state, with thousands of native species. These species, and the ecosystems they sustain, contribute to Colorado’s scenic beauty, our outdoor recreational opportunities and quality of life. According to a recent analysis, outdoor recreation (including wildlife viewing, bird watching, fishing and hunting) contributes billions of dollars to our economy annually. Hunting, fishing and wildlife-watching alone support nearly 40,000 Colorado jobs.

Many of Colorado’s native species are in need of conservation. According to the 2015 Colorado State Wildlife Action Plan, our list of imperiled species includes 159 mammal, bird, fish, reptile, amphibian and mollusk species; 117 plants; and 76 invertebrates. For many of these species, oil and gas operations pose significant and well-documented potential threats. Habitat destruction is caused by surface disturbance and facility construction. Habitat fragmentation results from roads, pipelines and other infrastructure that cuts across species ranges and migration corridors. Habitat degradation is caused by the increased noise, light, dust, traffic and human presence associated with oil and gas operations, as well air, water and soil pollution. These effects are long-lasting, as site reclamation is often insufficient to recover preexisting ecosystem characteristics. Further, all of Colorado’s species face the existential threat of climate change, caused by the producing and burning of fossil fuels. (Ironically, this last, and most profound, impact is nowhere considered in the COGCC rules).

The current draft COGCC rules do not sufficiently protect Colorado’s imperiled species. Compared to the more than 350 species needing protection, the draft rules contain explicit protections for only 25 species or habitats. These include buffers or density restrictions related to sage grouse and several raptor species, protections for high quality aquatic habitats, and a few others. Most of Colorado’s imperiled vertebrate species are ignored. Two shorebirds are listed, but no songbirds. No plants are protected. No pollinators.

To achieve the mandate of SB-181, more species and habitats must be protected. The rules should include many more animal species, as well as their habitats. A good starting point would be Colorado Parks and Wildlife’s own High Priority Habitat Recommendations, forwarded to COGCC last year. These recommendations include buffers or timing restrictions for 53 species, based on availability of geospatial data and science-based management guidelines. However, these guidelines should be expanded, based on the ample scientific information and biodiversity data we have in Colorado.

Protecting wetlands, playas and riparian areas — which are not currently included in the rules — would go a long way towards conserving Colorado’s imperiled species. These habitats comprise only 2% of overall habitat in Colorado, but support a disproportionately high amount of biodiversity, including 75 (21%) of Colorado’s imperiled species that are most in need of conservation. Further, riparian habitats are essential to the maintenance of healthy riverine aquatic ecosystems, because they provide shade, biomass inputs, water filtration and bank stabilization. In turn, Colorado’s aquatic habitats support a large number of imperiled fish, mollusks and non-mollusk invertebrates.

To meet the intention of the new law “biological resources” must be addressed. While “wildlife resources” are well-defined in the draft rules, biological resources are not defined, mentioned or protected. To fully protect Colorado’s imperiled species, such a definition should include rare plants, priority plant communities, important bird areas, pollinators and the habitats, migration corridors and connectivity needed to maintain the health of these resources.

The COGCC must meet its obligations under the new law and improve protections for Colorado’s biodiversity. Such protections will benefit all Coloradans. 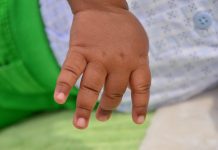 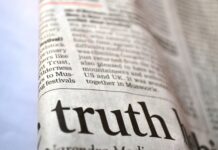 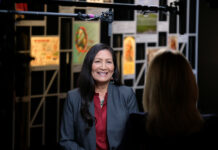 Protection from oil and gas operations needed for biodiversity in Colorado