WASHINGTON — They’ve won their campaigns. Now, newly elected members of the U.S. House of Representatives are spending their first days in the nation’s capital, learning how to perform their new jobs. The group includes one member from Colorado — Lauren Boebert, from the 3rd District.

The orientation session for those incoming House freshmen began on Thursday and stretches into next week, covering their office budgets, how to hire staffers and the ethical guidelines lawmakers are expected to follow after being sworn in.

At least one member of that new class of legislators won’t be there in person: Republican Ashley Hinson, who defeated Democratic Rep. Abby Finkenauer in Iowa’s 1st Congressional District. Hinson announced Thursday that she tested positive for COVID-19 and will attend orientation remotely while she quarantines.

Hinson is among a record-setting number of incoming GOP women who will join Congress in January. With a handful of races yet to be called, there are at least 15 Republican women who were elected for the first time, according to the Center for American Women and Politics at Rutgers University. The previous record was set in 2010, when nine Republican women were elected to their first terms.

That tally could grow with the results of Iowa’s 2nd Congressional District, where the two candidates — both women — are separated by only 47 votes.

Candidates in close, unresolved races like Iowa’s 2nd District are invited to attend the freshman orientation session alongside newly elected legislators whose races have been finalized. Republican Mariannette Miller-Meeks, who narrowly leads in that 2nd District race, is attending the D.C. sessions, her campaign staff said. Aides to Democrat Rita Hart did not respond to a request for comment.

A photo directory of the incoming House freshmen compiled by the House Committee on Administration, which runs the new-member orientation, shows 12 unresolved House contests. That includes Louisiana’s 5th District, in which Republicans Luke Letlow and Lance Harris will compete in a runoff election on Dec. 5.

Here is a list of freshman lawmakers from States Newsroom states. Districts in which the political party flipped are listed in italics. 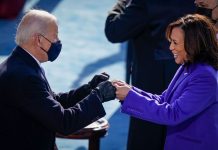 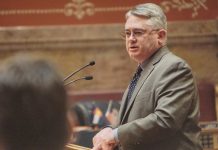 Newly elected members of the U.S. House converge on Washington