The Air Force on Thursday named sites in Colorado, Florida and four other states finalists to permanently house the U.S. Space Command headquarters — a prize that would mean billions in federal defense spending for the state with the winning bid.

Congress created both the Space Command, which oversees U.S. military operations in space, and the corresponding service branch Space Force last year. In May, the Department of the Air Force asked for local governments to apply to permanently host the command center. Cities and counties in 24 states submitted bids.

The Air Force will “conduct virtual and on-site visits” of each site and choose from among the finalists in “early 2021,” Air Force spokeswoman Ann Stefanek said in a Thursday news release.

The May request touched off a fierce competition among states, and some that pushed hard for selection did not make the short list.

Arizona failed to make it to the final round despite active lobbying from its congressional delegation, including a letter from Democratic Sen. Kyrsten Sinema in September and a follow-up from Sinema and bipartisan members of the House delegation this month.

Members of Congress from Louisiana and Pennsylvania had also promoted their states’ bids. Ohio Gov. Mike DeWine, a Republican, also publicly backed a proposal from Wright-Patterson Air Force base in the Dayton area.

The Air Force did select Wright-Patterson for its Space Intelligence Center, DeWine spokesman Dan Tierney said in an email.

It was no surprise.

“United States federal contracting is the biggest client in the history of the world, spending about a trillion dollars per year,” said Christoph Mlinarchik, a government contracts expert and owner of the consulting firm Christoph LLC. “Any American city or state will scramble to get a slice of this gigantic pie.”

Peterson, the Colorado Springs base, housed a previous version of Space Command that existed from 1985 to 2002. Air Force Space Command, a completely separate combatant command, has overseen space operations from the base since 2002, and has hosted the temporary headquarters since it was created last year.

The defense industry accounts for 1 in 12 jobs in Colorado, with about half of those concentrated in El Paso County, which is home to Peterson Air Force Base, according to a state report in 2018.

The Department of Defense spent more than $2.1 billion on contracts in El Paso County in 2016 alone.

Because of the base’s economic impact, Colorado leaders were invested in keeping the current arrangement, Mlinarchik said.

“Stakeholders in the existing space industry, such as Air Force Space Command and its significant presence in Colorado Springs, have every reason to oppose changes to the status quo,” he said.

Despite the high stakes, Ash said he is not concerned about Colorado Springs potentially losing the operation.

“I wouldn’t say that it worries us, just because we’re so confident that the Air Force is going to determine that Peterson is the best location,” he said.

Rep. Jim Cooper, a Tennessee Democrat who is a member of the moderate Blue Dog caucus of the party and an early supporter of a service branch to focus on space, criticized the headquarters selection process earlier this year.

The concept he and Rep. Mike Rogers, R-Ala., supported would have mostly moved funds from existing Air Force accounts to focus more on space. Instead, the high-profile selection of a new headquarters pitted states against each other, tempted them to misuse money to promote their bids and created unneeded bureaucracy, Cooper argued.

“There are only a handful of states that have the qualifications to compete for Space Force and SPACECOM HQ,” he said in a May news release. “So to tempt 45 other states during a time of record unemployment is senseless and cruel. Some states might even try to use pandemic funding to compete for the new headquarters.”

Progressive groups have called on President-elect Joe Biden to scrap the Space Force altogether, according to a Politico report this week. Doing so would require an act of Congress.

The Biden transition did not respond to requests for comment this week. 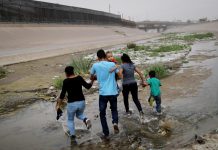 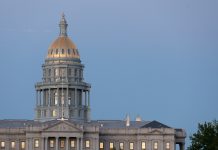 Washington at a standstill, as states face the loss of federal help amid ‘the worst part of the crisis’