The mayors said the board should abdicate what is arguably its most important duty — hiring a superintendent — and let “a committee of residents” take the lead in recruiting the district’s next leader instead.

“We do not believe that this dysfunctional board can now attract a more capable superintendent than Susana Cordova, the leader who has worked her entire adult career for the students of Denver and for our city,” Hancock and Peña wrote.

Cordova announced this month that she is leaving Denver Public Schools — a district where she rose from student to teacher to top boss — after less than two years as superintendent.

The mayors’ statement points a finger at “new school board members,” who they say “mistreated her in public board meetings and interfered in the day-to-day management of the school system, rather than collaboratively establishing policies and direction for the district.”

But board member Tay Anderson, who is among the newest on the board, said allegations that he and his colleagues pushed Cordova to leave are “absurd and false.” Anderson said there was “no conversation by any board members to even talk about a new superintendent.”

He called the mayors’ comments “an overreach of government.” Denver Public Schools operates autonomously from city government and the mayor’s office.

The full school board issued a statement Monday night thanking the community for its feedback. The statement, read on video by board President Carrie Olson and Vice President Jennifer Bacon, did not directly reference the mayors’ comments.

“Any time spent discussing external claims takes us away from our priorities,” Bacon said, including naming an interim superintendent in December and “a safe and healthy return to schools in January.” School buildings are currently closed due to COVID-19.

“Like we always say to our students: be kind to each other,” Bacon said.

Cordova has not cited mistreatment as the reason for her departure. Instead, she said she’s leaving to take an exciting opportunity working for the school district in Dallas.

Still, the theory is widespread. The mayors’ statement echoes a letter signed by 14 former school board members, all of them women, that was first published in Westword on Saturday. The letter laments Cordova’s departure and blames a “hostile work environment” in which the superintendent was “interrupted, talked over, and routinely discounted by board members.”

“In community meetings, through their political campaigns, and on social media some board members were painfully disrespectful, undermined her leadership, and treated her in a way that was neither fair nor democratic,” the former board members wrote.

“It is important to ask if Susana was treated differently and unfairly because she is a woman of color,” they wrote. “We believe she was.”

“It is important to ask if Susana was treated differently and unfairly because she is a woman of color.” — Denver Mayor Michael Hancock and former Mayor Federico Peña

Cordova is a graduate of Denver’s Abraham Lincoln High School who began teaching in the district in 1989. She became a principal and district administrator, and she rose to the position of deputy superintendent under former district leader Tom Boasberg.

Cordova was the sole finalist to replace Boasberg in late 2018. Four of the seven school board members who voted unanimously to hire are still on the board. She is the first Latina superintendent of a district in which more than half of the 92,000 students are Hispanic.

Cordova’s tenure as superintendent was tumultuous, marked by a teachers strike, a controversial school board election, budget cuts, and the COVID-19 pandemic. The mayors and former board members called the timing of the strike into question. “We found it troubling that past Anglo male superintendents were never ‘struck,’” the mayors wrote.

The mayors and former board members also criticized the board for not setting a long-term strategy for the district. The seven board members had been in place about four months when the pandemic hit. Rather than set a broad vision, the board developed a set of “crisis priorities” focused on student safety, mental health, and mitigating unfinished learning.

But Hancock and Peña said without such a vision, the progress made by the district over the past 20 years — as evidenced by rising reading scores and graduation rates — is in jeopardy.

“We cannot remain silent over this mistreatment of a hard-working and committed superintendent,” the mayors wrote. “We care too deeply for the future of our students and our city, and we urge other residents to also become informed about the precarious condition of DPS. Sadly, some celebrate the loss of Dr. Cordova, while Dallas is cheering her arrival.”

Board members have framed Cordova’s departure as an opportunity to shape a “brighter future for the district.” But Anderson said he is also saddened to see Cordova leave.

“I never was able to see, ‘How does Susana Cordova govern outside of crisis?’” he said. 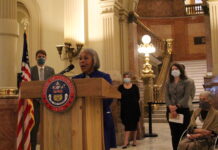 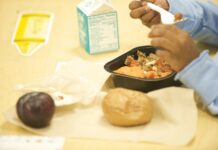