As a nation, we have long honored our sense of wild. Our wild spirit, our wild explorations, our wild ideas. Our wild has birthed discovery and innovation, which propels not only our country and our people, but our world.

However, somewhere along the way we lost our wild places. Year after year, our natural landscapes — the very places that often inspire our ingenuity — have been reduced to barren nothingness for profit and power. Today, less than 5% of America is left as designated wild wilderness.

The latest piece of wild America at risk of being lost forever is Tongass National Forest — 16.7 million acres in southeast Alaska — our nation’s largest national forest. The Trump administration has stripped protections from over 9.3 million acres of Tongass by reversing the longstanding “Roadless Rule,” paving the way for logging companies to build roads and clear cut old-growth forests, despite millions of Americans voicing their opposition, including all five of Alaska’s tribal nations.

Tongass comprises centuries-old trees, some 200 feet tall. It is home to the densest population of brown bears and largest population of bald eagles in the world, the rare Sea Wolf, and supports iconic creatures such orcas and humpback whales. It is a lifeline for vibrant Native American communities who rely on the region for food and clean water.

And even if you’re not Alaskan, even if you’ve never heard of Tongass, the forest still provides for you. Tongass is the largest intact temperate rainforest left in the world and our country’s largest carbon sink. It absorbs 8% of America’s annual carbon emissions, the equivalent to the total annual emissions of 10 million cars. Tongass is an unsung hero and a vital part of America’s defense in the fight against climate change.

With Tongass, the reversal of protections will result in irreversible damage for both America’s environment and economy.

Typically, at this point, prudent environmental regulation is pitted against the projected economic cost of those regulations. But with Tongass, the reversal of protections will result in irreversible damage for both America’s environment and economy.

In recent years, in the Tongass region, tourism and seafood industries have accounted for 26% of jobs and generated an annual $1 billion in economic benefits. Logging and related road-building activities will forever damage these local industries, due to increased construction, pollution, and habitat and scenery loss. This includes decimating the thriving Tongass salmon population, which helps generate over $985 million in annual value for commercial, sport and subsistence salmon fishers. In comparison, logging accounts for less than one percent of southeast Alaska’s total jobs.

Logging Tongass will not only hurt local Alaskans and their economy, it will also hurt the American taxpayer. A federal mandate dictates that logging in national forests must be profitable for the businesses involved, so the Forest Service usually ends up covering costs, including road building. Over the past four decades, existing logging in Tongass has cost U.S. taxpayers approximately $1.7 billion.

Logging Tongass will not only hurt local Alaskans and their economy, it will also hurt the American taxpayer. Click To Tweet

Even more disturbing is the fact that the Trump administration’s rollback of protections for Tongass forfeits American jobs and the American economy for the benefit of China. China, the foremost target of President Trump for protectionist policies, will be the winner of this damaging scenario. A U.S. Department of Agriculture report found that the majority of logged trees exported from Tongass are purchased by China to support Chinese industries. Citizens for the Republic, a conservative organization founded by Ronald Reagan, states that “The proposal to lift the Roadless Rule protections will likely have significant adverse economic impacts to southeastern Alaska’s economy, just to fulfill Chinese demands.”

Tongass National Forest — “America’s Amazon” — is an irreplaceable national treasure that supports our people, our economy, and our planet. As Tongass is being dangled on the chopping block, we have to ask ourselves: Can we survive without our wild? 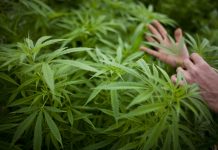