Colorado Republicans didn’t have much to celebrate at the top of the ticket in the 2020 election, with both President-elect Joe Biden and Senator-elect John Hickenlooper scoring decisive wins in two key statewide races. But conservatives took heart from several down-ballot results, including the passage of ballot measures to lower the state income tax rate and put up new roadblocks for fee-based funding — and one of the groups behind those efforts is already pushing for more.

A new initiative filed this week by anti-tax group Colorado Rising State Action would ask voters to approve cuts to the state’s property tax assessment rates, putting more money in the pockets of homeowners and businesses while squeezing the budgets of school districts and local governments. If it’s approved for circulation and collects enough signatures, the measure would appear on the 2021 ballot.

Under the measure, Colorado’s assessment rate for residential property would fall from 7.15% to 6.5%, while the rate for all other property — excluding mineral assets like oil and gas — would fall from 29% to 27%.

Colorado cities, counties, school districts and other local taxing jurisdictions collected nearly $11.1 billion in property tax revenues in 2019, according to figures from the state Department of Local Affairs. Based on 2019 property value estimates compiled by DOLA’s Division of Property Taxation, the reduced assessment rates in Colorado Rising State Action’s proposed ballot measure would result in hundreds of millions of dollars in revenue cuts to local jurisdictions. More than half of those cuts would be absorbed by local school districts.

The reduced assessment rates in Colorado Rising State Action's proposed ballot measure would result in hundreds of millions of dollars in revenue cuts to local jurisdictions. More than half of those cuts would be absorbed by local… Click To Tweet

In Denver alone, the reduced assessment rates would result in a revenue decrease of roughly $125 million, based on figures in the city’s 2019 property tax abstract. Colorado Rising State Action declined to provide an estimate of the measure’s statewide revenue impacts.

“We’d agree with whatever revenue impact statement the (legislative) staff eventually comes up with,” Lindsey Singer, the group’s communications director, wrote in an email.

As a 501(c)(4), “dark money” nonprofit, Colorado Rising State Action is not required to disclose its donors. Founded in 2018, it describes itself as an organization “focused on advancing conservative principles in Colorado.”

The group’s latest ballot proposal follows the passage of Amendment B, a 2020 ballot measure that repealed the so-called Gallagher Amendment, a constitutional provision that required assessment rates to adhere to a certain formula.

The Gallagher Amendment’s requirements ensured that Colorado’s residential property tax rates declined consistently over the past several decades, and now rank as some of the lowest in the nation. Reform advocates had hoped to freeze those rates in place to shore up funding for local public services; instead, Colorado Rising State Action’s measure would cut them further.

“For leaders of the failed campaign against Amendment B to turn around and file a measure that was only possible because Amendment B passed is beyond cynical,” Elliot Goldbaum, director of strategic communications for the Colorado Fiscal Institute, said in a statement. “Voters overwhelmingly approved Amendment B because we knew we were protecting schools and other public services from harmful cuts. Coloradans will always come together to protect our communities from cynical attempts by corporate-backed special interests that will harm our long-term recovery.”

Colorado Rising State Action’s initiative is scheduled for an initial review hearing before the Colorado General Assembly’s Legislative Council Staff on Dec. 14. If approved by the state’s Title Board for circulation, the measure would need to collect at least 124,632 signatures to qualify for the 2021 ballot. 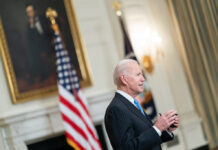 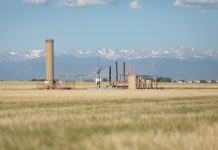 5 of the biggest Colorado political stories of 2020