When 29-year-old Garen Zamba arrived at his tent in Five Points on Monday around 7 a.m., a temporary chain-link fence had been erected around the perimeter of the large homeless encampment where he lived. When he asked police officers if he could access his belongings, they told him he needed to wait. “We won’t forget about you, buddy,” one police officer said through the fence, as large cranes stood ready to scoop belongings into massive city dump trucks.

Hours before the sun came up on Monday, police officers and sanitation workers had begun clearing the encampment, which accommodated between 100 and 150 people and curved along the South Platte River at Arkins Court and 29th Street. Denver public health officials said it will take several days to dismantle the encampment.

“They force us to leave here, but they don’t tell us where we can go,” said Zamba, a Denver resident of 12 years. “I have nowhere to go. I’m homeless, but I’m a human being. It shouldn’t be this way. I should have a place to stay.”

The Centers for Disease Control and Prevention’s coronavirus guidelines recommend that if individual housing options are not available, people living unsheltered should be allowed to remain where they are. “Clearing encampments can cause people to disperse throughout the community and break connections with service providers,” the guidelines say. “This increases the potential for infectious disease spread.”

But despite federal recommendations, sweeps in Denver have continued throughout the pandemic. Danica Lee, director of Denver’s Public Health Investigations Division, said the guidelines provided by the CDC are “high level” and fail to address other health hazards present within encampments — conditions she believes justifies the sweeps.

Lee said the encampment at 29th and Arkins Court was cleared due to an accumulation of trash, the existence of flammable materials, the presence of rats, improperly discarded syringes and reports of human feces in the adjacent river. The CDC guidelines suggest that instead of clearing encampments, entities should work to improve sanitation by providing access to portable toilets and hand-washing facilities for camps of more than 10 people.

In early October, the advocacy organization Denver Homeless Out Loud filed a class-action lawsuit in federal court challenging the city’s homeless sweeps, saying that the actions violate a previous settlement agreement and are contrary to CDC guidance. The lawsuit is pending.

“This is not a single dimensional effort where the city or (the Denver Department of Public Health and Environment) is just saying that we’re not going to adhere to CDC guidance,” Lee said. “This is a much more nuanced situation.”

Kaley LaQuea, a member of the Denver Democratic Socialists of America, came to the sweep on Monday hoping to help people pack up and transport their belongings. But for most of the morning, law enforcement officers were only allowing two people inside the fence at a time. To gain access, volunteers had to name a resident who had specifically requested their help.

“We’re here to help. And there are more than enough individuals who are unhoused here who need help moving,” LaQuea said, as she stood outside the fence. “It was just an excuse to make things harder. They shouldn’t have to move in the first place. They weren’t hurting anybody. This is Mayor (Michael) Hancock green-lighting more COVID spread and refusing to fund and prioritize what city residents need, which is affordable housing and health care.”

Dozens of housing advocates gathered early Monday to protest the city’s decision to displace residents in the middle of a pandemic without providing alternative places for people to go. Mutual aid groups brought food and supplies and offered rides to people having to vacate the area. Around 7 a.m., police officers determined the protest was unlawful and began pushing activists back and deploying pepper balls and spray to get people to comply with police orders.

Lee said ultimately, it’s unsafe for people to be living outdoors, and that more people experiencing homelessness have died from weather exposure than the coronavirus. She added that resources and programs need to be in place so that people aren’t being displaced with no other options.

“Everybody deserves a roof over their head,” Lee said. “And while the need for that exceeds the resources that the city has currently, it is still very important that DDPHE fulfills our responsibilities to be stewards for public health and the environment.”

Lee said she did not know where people were being directed to go during the sweep on Monday. “That’s more an outreach question,” she said.

Derek Woodbury, communication director for Denver’s Department of Housing Stability, said that an outreach team — in collaboration with the Colorado Coalition for the Homeless, the St. Francis Center and Urban Peak — had been out at the Five Points encampment in the weeks prior to the sweep to connect people with services.

In addition to 25 medical and 10 behavioral health referrals, Woodbury said one person was directed to a shelter, one received a motel room and a pregnant woman received permanent housing as a result of the outreach. Woodbury did not know what homeless shelters people were being directed to after being removed from the 29th and Arkins Court encampment.

Woodbury said people might have been connected to housing during the sweep by the Denver Police Department’s Homeless Outreach Team, but Denver police did not respond to an interview request on Tuesday. During the sweep, numerous police officers said they were not permitted to speak to members of the media.

A spokeswoman for the Metro Denver Homeless Initiative, the city’s designated continuum of care organization, declined an interview request on Tuesday, saying that the organization does not comment on any city strategy in addressing homelessness. The organization coordinates services and housing for people experiencing homelessess in the seven-county metropolitan region surrounding Denver.

In an email on Tuesday, Woodbury said that the Denver Coliseum, the temporary men’s shelter that has 300 beds, has been full, or nearly full, in recent days. He said overflow capacity for 200 guests is offered at the Denver Rescue Mission’s Holly Street shelter and the Coliseum offers an additional overflow area with mats that can accommodate up to 50 additional guests.

There are currently 1,286 shelter beds and 1,025 motel rooms available in the Denver Metro shelter system. As of Sunday night, 2,034 beds/rooms were filled, according to Woodbury. In an email, he said that he does not have details available on the number of motel rooms that have been made available to people within large encampments and that eligibility is determined on a case-by-case basis.

Christopher Harris, who is currently staying at the Salvation Army’s Crossroads Center homeless shelter adjacent to the encampment in Five Points, said just because there is shelter space available doesn’t mean people feel safe going there during the pandemic.

“I’m high risk already, and they’re not doing anything about it inside here,” said Harris, who is 58 years old and has been homeless for a little over a year. “They make announcements to wear a mask, but the guys are not wearing masks. It’s like about 60-70% white guys in there, and Donald Trump’s stupidity is running rampant.”

He said the Crossroads shelter has a current bed bug infestation. “I’ve got bed bug bites all over. On my arms, my neck, my legs … everywhere,” he said. “I have to sleep in my clothes, my socks up, gloves on, everything. I use my backpack as a pillow.”

The Salvation Army did not respond to a media request, but a DDPHE spokeswoman said the health department has received a complaint and is conducting an inspection of the facility on Wednesday.

Harris, who is recovering from having his appendix removed, recently became a grandfather. “That’s the only reason why I’ve stayed here at this awful place,” he added. “So I can try to get an apartment. So my grandbaby can come visit me and I can heal myself.”

He’s been staying at the shelter, which houses between 150 and 200 people, he estimates, for two weeks. Harris tried to go back to the Coliseum but was told it was at capacity. “It’s much cleaner over there. They’re doing social distancing and are being aware of what’s going on,” Harris said. “Over here, they don’t give a f***. It’s disgusting.”

Harris said the treatment he’s experienced as a Black man at the Salvation Army homeless shelter has been egregious. “They threatened to throw us out all the time, especially if you’re Black,” he said. “I got kicked out into the cold one night for asking a question.”

Black people account for a large percentage of the metro area’s homeless population. Between July 1, 2019, and June 30, 2020, approximately 21,765 individuals in the Denver metro area had experienced homelessness, according to the Metro Denver Homeless Initiative. Twenty-six percent of them were Black, when only 5.3% of the general population is Black.

“I’ve been through a lot already and I’ve seen a lot,” Harris said. “I’ve never seen the United States like this. This type of turmoil … people growling at you when you walk by on the street because you’re Black. That’s some bulls***. And so is that,” he said, pointing to the clearing of the nearby encampment. “It’s the same kind of bulls***.” 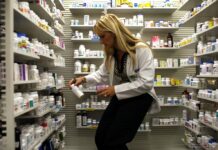 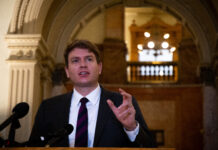