In an unusual move, AQCC commissioners on Wednesday reopened debate on its proposed Regional Haze rule, which they gave preliminary approval in a 5-2 vote at the commission’s November meeting. The rule, as approved last month, would have required three Colorado coal plants — Craig Generating Station, Rawhide Energy Station and the Ray Nixon Power Plant — to close by the end of 2028, one year earlier than their operators have planned.

The accelerated closures were part of a proposal put forward by the Sierra Club and the National Parks Conservation Association. In a unanimous final vote on Wednesday, however, the AQCC stripped the new rule of those changes, reverting to the later retirement dates originally proposed by staff at the state’s Air Pollution Control Division.

“I do this with great regret, but I have to state that based on new information and further thought, I would like to reconsider my earlier vote,” Commissioner Jana Milford said prior to Wednesday’s final vote. “I have reservations about the adequacy of the technical information that was provided to support the alternative proposal, in terms of the feasibility of the transitions if the closure dates are moved up.”

The reversal followed a motion submitted jointly by four major Colorado utilities to the AQCC earlier this month, requesting that commissioners reopen the record, which was formally closed at last month’s hearing, and reconsider their decision on the Regional Haze rule.

“The AQCC’s decision to mandate involuntary closures as part of the Regional Haze rulemaking is unprecedented,” the motion said. “It exceeds the AQCC’s authority to mandate controls and violates Utilities’ due process and property rights.”

Prior to the vote to reverse the rule change, commissioners entered an hour-long executive session to seek “legal advice on issues that parties have raised concerning the authority of the commission,” said Tom Roan, an assistant attorney general and the commission’s counsel.

A rift has emerged

Joining utilities in their opposition to the more aggressive rule were key officials in the Polis administration, including APCD staff. In comments submitted to the commission this week, Colorado Energy Office director Will Toor urged commissioners not to accelerate the retirement dates and instead defer to resource planning processes overseen by utilities’ governing boards and the state’s Public Utilities Commission.

“While our office is very supportive of retiring coal generation as soon as practicable and replacing it with lower cost wind, solar, and storage — and has worked very hard with utilities across the state to achieve this — we have serious concerns with this decision,” Toor wrote. “We are concerned that the early retirement deadlines established in this Regional Haze proceeding will undermine the trust in the process that has facilitated … utility actions.”

Wednesday’s reversal puts a spotlight on a rift that has emerged within Colorado climate and energy policymaking circles since Polis’ election two years ago. Several members of the AQCC, a nine-member panel of volunteers appointed by the governor, have been vocal proponents of more aggressive regulation to mandate greenhouse-gas emissions cuts from utilities and other polluters, while Polis has embraced a more collaborative approach characterized by securing voluntary commitments from the private sector. In July, Polis moved to shake up the AQCC by replacing several advocates of more aggressive action with new appointees who have ties to the fossil-fuel industry.

“It seems like we’ve had a pretty good relationship with the utilities, and I want to maintain that,” Randy Ahrens, one of the commissioners appointed by Polis earlier this year, said during Wednesday’s hearing. “I’d like to make sure we have good relationships going forward, because we’ve got a lot of work to do.”

Environmental groups on Wednesday cried foul over a decision that they said “catered to corporate polluters.”

“Today, the (AQCC) had a golden opportunity to take immediate action to clear up our skies and reduce air pollution in our treasured national parks,” Sarah Bransom, an activist with the Coalition to Protect America’s National Parks, said in a statement. “Instead, because of industry pressure, they voted on a weaker option.”

The state’s Regional Haze rule, a periodic requirement under an Environmental Protection Agency program aimed at reducing haze-forming air pollution in national parks and wilderness areas, doesn’t relate directly to greenhouse gas emissions. But both environmental advocates and staff at the APCD had touted the “co-benefits” that the rule would bring to the state’s efforts to transition away from fossil fuels and battle climate change.

Commissioner Elise Jones said that the AQCC had taken the chance offered by the Regional Haze rule to pursue more aggressive emissions cuts from the utility sector because state officials haven’t given the panel another option. Two environmental groups have sued the Polis administration over its failure to propose comprehensive greenhouse-gas rules for consideration by the AQCC, and lawmakers who wrote and passed the state’s landmark climate bill in 2019 believe that the commission has been sidelined from its intended role as the administration pursues its preferred, market-driven approach.

“This was the only opportunity to date afforded to the commission to deal with utility emission reductions,” Jones said. “We really don’t have an outlet for having that discussion.”

“The (APCD) proposal is the least we should do, so I’ll support it,” Jones added. “I think we need to go further than this.” 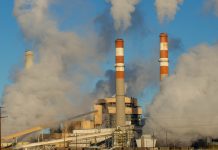 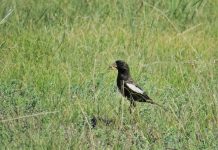 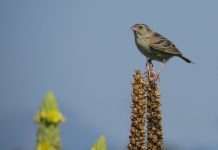