Following Monday’s 322-87 vote, the bill heads back to the Senate, which is slated to return to session Tuesday. Overriding a presidential veto requires a two-thirds veto in each chamber.

But Trump had signaled that he would veto the bill for several reasons, including that it did not repeal what’s known as Section 230, which shields internet and social-media companies from liability for content posted on their websites. He also opposed a provision to rename military installations named for Confederate generals.

Rep. Adam Smith (D-Wash.), chairman of the House Armed Services Committee, said Monday that Trump vetoed the measure “because of something that isn’t in the bill and was never going to be in the bill, something totally unrelated to national security and something that we were not going to do in any event.”

Monday’s override vote in the Democratic-controlled House was widely bipartisan and only slightly narrower than the initial 335-to-78 vote. Some GOP lawmakers who initially supported the defense bill, including Minority Leader Kevin McCarthy (R-Calif.), did not support the override, though 109 Republicans voted with Democrats to approve it.

“I continue to support this bill, as more than 80 percent of the House did just 20 days ago,” said Rep. Mac Thornberry (R-Texas), ranking member on the House Armed Services Committee. “It’s the exact same bill. Not a comma has changed.”

Thornberry added that Trump “exercised his constitutional prerogative” in vetoing the measure, but urged lawmakers to “put the best interests of the country first.”

The override attempt now heads to the Republican-controlled Senate, which passed the bill initially on a 84-13 vote.

U.S. Sen. Jim Inhofe (R-Okla.), chairman of the Senate Armed Services Committee, tweeted after Trump’s veto that the defense bill should become law, and that another measure can be used to address liability concerns related to Section 230.

“The NDAA has become law every year for 59 years straight because it’s absolutely vital to our national security and our troops,” Inhofe wrote. “This year must not be an exception. Our men and women who volunteer to wear the uniform shouldn’t be denied what they need — ever.” 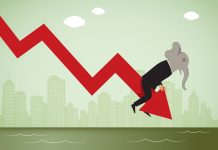 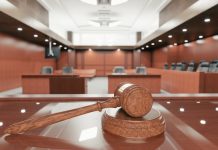