A man living in Colorado brought more than 2,500 rounds of ammunition with him when he traveled to Washington, D.C. prior to last week’s attack on the U.S. Capitol, and he threatened to kill multiple elected officials, federal investigators alleged in a new court filing.

Cleveland Grover Meredith Jr. was arrested in D.C. on Jan. 7 on suspicion of transmitting a threat in interstate commerce, possession of an unregistered firearm and unlawful possession of ammunition. A pretrial detention document filed Wednesday by federal prosecutors identifies Meredith as a “resident of Colorado.”

“The defendant … drove his truck and an attached trailer to Washington D.C, arriving in Washington, D.C. late on January 6, 2021,” the filing alleges. “At the time of his arrest … the defendant was in possession of two firearms; a Glock nine millimeter G19 and a Tavor X95 rifle equipped with a telescopic sight. The defendant was also in possession of several high capacity magazines and approximately 2,500 rounds of ammunition of various caliber, including at least 320 rounds of ‘armor-piercing’ 5.56 rounds.”

In the days surrounding the storming of the Capitol by a mob of President Donald Trump’s supporters on Jan. 6, Meredith allegedly sent dozens of text messages echoing Trump’s baseless conspiracy theories about the legitimacy of the 2020 election and threatening to kill “traitors,” including Speaker of the House Nancy Pelosi and D.C. Mayor Muriel Bowser.

Investigators say that Meredith’s trip from Colorado to D.C. was slowed by car trouble; he stopped in Ohio to fix a set of broken tail lights on the trailer he was using to transport his arsenal, according to text messages reviewed by the FBI agents who arrested him. Meredith arrived in D.C. several hours after order had been restored at the Capitol, and checked in to a hotel just south of the National Mall.

”Staying one more day since I got here late, need to FK with these commies,” Meredith wrote in a text message, according to the filing.

“Thinking about heading over to (Pelosi’s) speech and putting a bullet in her noggin on Live TV,” he wrote later, prosecutors allege.

It was not immediately clear on Wednesday where in Colorado Meredith resided, or for how long. News outlets in Georgia have reported on his extensive ties to the Atlanta area, and he was a resident of Hiawassee, Georgia, as recently as June 2020, when he had a run-in with police after brandishing a gun near a Black Lives Matter protest, the North Georgia News reported. Meredith later moved to North Carolina, according to Hiawassee police.

A statewide court records search did not turn up any Colorado criminal or civil records under Meredith’s name, and the U.S. Attorney’s Office for the District of Colorado did not immediately return a message seeking clarification.

“By his own admission, the defendant is a habitual user of marijuana and has a history mental illness,” prosecutors wrote in the filing Wednesday. In a separate arrest document, FBI agents wrote that they had seized a “box of suspected THC edibles and a vial of Testosterone Cypionate/Propionate” from Meredith’s hotel room.

Investigators also allege that before his arrest, Meredith sent a text message reading, “Calm before the STORM,” an apparent reference to the QAnon conspiracy theory. The Atlanta Journal-Constitution identified Meredith as a co-owner of an Atlanta car wash who had erected a QAnon-themed billboard advertising his business in 2018.

“A clearly disturbed, deranged, and dangerous individual that fantasizes about committing horrific acts of violence and takes countless steps to carry them out by driving across several states with a trailer stocked with thousands of rounds of ammunition and multiple firearms — including an assault style rifle — should not remain in the community,” prosecutors wrote. 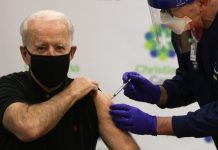 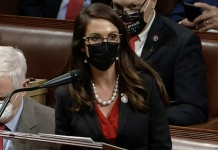 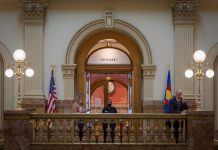 Feds: Colorado man drove to D.C. for Capitol riot with 2,500 rounds of ammunition