It’s been a long road for Denver to allow more than two unrelated people to legally live under the same roof.

After nearly three years of discussion, the change finally came on Monday when Denver City Council voted to overhaul the city’s zoning code to allow five unrelated people to live in the same household. The change also makes it easier for service providers to open residential care facilities such as halfway houses, homeless shelters and sober living homes in neighborhoods across the city.

“Tonight’s subject matter gives us the opportunity to begin rectifying the role zoning has played historically in dividing cities based on race, class and perceptions of people,” said Laura Aldrete, executive director of Denver Community Planning and Development, during the City Council meeting on Feb. 9. “This is a watershed moment for Denver and a foundation from which we can continue working together to build a more inclusive city.”

“Tonight’s subject matter gives us the opportunity to begin rectifying the role zoning has played historically in dividing cities, based on race, class and perceptions of people.” – Laura Aldrete, executive director of Denver Community Planning and Development

The change aims to broaden housing options for people in a city that’s seen skyrocketing increases in housing costs over the past decade. Before the final vote on Monday, council members received 619 letters from people in support of the change, and 524 opposed it. Public testimony stretched early into Tuesday morning.

Opponents of the change worry that group living situations will decrease property values, make parking harder to find, and impact the overall “feel” of neighborhoods. Those in support stressed that the changes will modernize the city’s zoning laws and make housing more affordable and accessible for a wider array of people.

“There will be clear criteria for emergency expansion of shelter capacity for things like a pandemic or things like very low temperatures or a bomb cyclone,” Fisher said during the meeting. “These things are crucial for our ability to maximize bed space in order to get more people inside.”

Andrew Webb, a senior planner with Denver Community Planning and Development, explained during the meeting how the change will impact community correctional facilities, also called halfway houses, which provide housing for people transitioning from the criminal justice system.

The zoning changes increase the number of areas in the city where community correctional facilities can be established, including near RTD stations, closer to downtown and in mixed-use and commercial corridors. 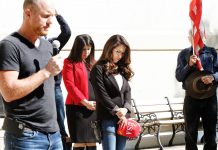 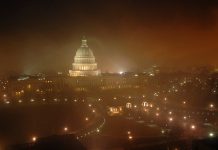 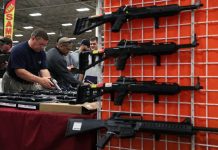 Police spending accounts for about a third of budget in Colorado’s...