A public-lands bill championed last year by former Colorado Republican Sen. Cory Gardner will ensure that a crucial federal conservation program remains fully operational for years to come — but only because a new Democratic administration has now stepped in to honor the legislation’s intent, advocates say.

President Joe Biden’s Department of the Interior announced on Thursday that it had reversed a last-minute move by the Trump administration that critics called a “giant step backward” for the Land and Water Conservation Fund, a federal land-acquisition program established by Congress in 1964.

“The Land and Water Conservation Fund has been crucial to protecting public lands, conserving wildlife habitats, and improving access to outdoor recreation,” Shannon Estenoz, the principal deputy assistant secretary overseeing Interior’s wildlife and parks agencies, said in a statement. “Interior’s actions today affirm our support for one of America’s most successful and popular conservation programs.”

The secretarial order signed on Thursday by acting Interior Secretary Scott de la Vega revokes a previous directive issued by his predecessor, Trump appointee and Colorado native David Bernhardt, shortly after the 2020 election. Advocates say it restores the intent of Gardner’s Great American Outdoors Act, which was passed by bipartisan majorities in Congress in July 2020 and became a centerpiece of the one-term GOP senator’s unsuccessful reelection campaign.

The GAOA authorized full, mandatory funding for the LWCF for the first time in the program’s 46-year history — a long-term, multibillion-dollar boost for efforts to purchase land for conservation and recreation across the country. But the Nov. 9 Interior order issued by Bernhardt, a longtime oil industry lobbyist for Denver-based Brownstein Hyatt Farber Schreck, abruptly imposed a host of new restrictions on LWCF projects, including granting broad veto power to state and local governments, limiting acquisitions to those within the existing boundaries of protected areas, and more.

Bernhardt’s actions drew praise from industry groups like the National Cattleman’s Beef Association, which denounced the GAOA as a “land grab law.”

Gardner, who was defeated by Sen. John Hickenlooper in November, remained silent on Bernhardt’s order before leaving office on Jan. 3. But Colorado Democratic Reps. Diana DeGette, Joe Neguse and Jason Crow were among a bipartisan group of lawmakers who wrote a letter to de la Vega this week, urging him to reverse the ”harmful changes and restrictions” on LWCF expenditures.

“Together these actions represent an end-run around Congress and a last-minute attempt to put roadblocks in the path of the successful and collaborative locally driven LWCF process,” the lawmakers wrote. “Many of these unnecessary, unauthorized, and counterproductive changes have been proposed before and rejected by Congress on multiple occasions.”

Reacting Thursday to the news of Interior’s move, Hickenlooper tweeted, “Good! We have a lot of work to do to reverse Trump’s attacks on our public lands, and restoring the Land & Water Conservation Fund is just a start.”

“We are deeply grateful that the Biden administration worked quickly to revoke the Trump administration’s last-minute changes to the Land and Water Conservation Fund to ensure that it continues to operate and function as intended,” Anna Peterson, executive director of the Mountain Pact, a Colorado-based coalition of Western local government officials, said in a statement. “By restoring the process, the Biden administration is respecting the will of Congress and ensuring that the LWCF can help meet the critical climate and conservation goals that will expand outdoor access for all Americans.” 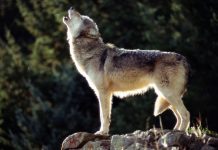 Water speculators could face more obstacles based on work by new...

After catastrophic wildfires, can logging help save Colorado’s forests?