As a deep freeze clamped down across North America, millions of homes in Texas lost power and experienced rolling blackouts. In Colorado, at least two energy companies requested residents reduce consumption to avoid a similar fate.

On cue, politics quickly got in the way of facts. Baseless attacks on renewable energy as the primary cause for the outages were quickly amplified by leading Colorado Republicans, including Reps. Ken Buck and Lauren Boebert, ironically both of whom represent districts with substantial renewable energy production.

The truth? The grid failures were largely due to significant losses of thermal energy delivery, not renewables.

Most of America operates on two large electrical grids, the Eastern and Western interconnections. These grids are closely synchronized with Canada, and both experienced shortages of energy production during the freeze. Texas, however, has its own electrical grid — primarily the Electric Reliability Council of Texas, or ERCOT — which is where the widespread failure occurred.

As of Tuesday, ERCOT continued to experience an estimated 45,000 megawatts loss. Notably, roughly 30,000 MWs were due to losses of natural gas. In contrast, solar and wind lost less than half of the wattage than that of thermal energy, and remained largely at or above ERCOT’s expected availability in supply given the time of year, with deliveries ranging between 1,000 to 3,000 MWs.

Certainly, it’s possible to meet energy demands in single-digit temps — the other two electrical grids service Canada and northern America, after all. Unfortunately, the culprit that triggered the deep freeze — a rogue polar vortex reaching unusual and extended portions of America — highlights deeper concern as related to the current grid preparedness in an era of climate change.

Under typical conditions, a polar vortex is a low pressure system of extremely cold air that swirls in counterclockwise fashion around the North Pole, remaining in isolation above the Arctic. In this case, the polar vortex was thrown off its usual North Pole axis due to a sudden spike of about 100 degrees Fahrenheit in the stratosphere above Siberia. This unusually large spike led the normally stable arctic air to lopsidedly push down into North America and Europe. As the Boulder-based University Corporation for Atmospheric Research describes it, it’s “like a toupee that goes askew.”

Although polar vortexes have long existed, the rate of rogue toupees has been increasing in recent years. Many scientists suspect this may be yet another impact of climate change, with rising temperatures essentially destabilizing the polar vortex. This would further contribute to weather extremes, and possibly dip further and further into the southern regions of North America, bringing a series of additional challenges for electrical grid operations.

Energy grids work by balancing second-by-second supply and demand. Each grid is calculated for the expected energy consumption, and grid operators work to balance energy needs accordingly. If the expected energy demand is higher than the current supply, operators must pull in additional energy to manage the shortage and prevent system wide failure. Often, natural gas is relied on for “on demand” needs, having typically been associated with a “firm” resource strategy for quick supply.

Not only did this polar vortex reveal that the Texas grid is woefully ill-prepared for the effects of climate change in terms of natural gas reserves, but it also highlighted how thermal resources are not as “firm” as often portrayed in heightened freezing. As temperatures decreased, pipelines, pumps and other natural gas equipment froze, hindering delivery despite available quantities. At least one nuclear plant also went temporarily offline due to frozen equipment. Together, the lack of weatherized infrastructure caused the bulk of the shortages, and increases in polar vortexes will not only continue to induce freezing temperatures, but will drive higher and higher energy demands exacerbating the supply and demand ratio. In essence, as climate change worsens, our current grids risk writing checks they won’t be able cash.

Efforts are underway to modernize, but current technologies alone will not suffice. There must be even deeper investments in the research and development for extreme weather energy delivery, new technologies for large-scale renewable energy storage, enhanced weather forecasting — such as the recent $35 million award to Boulder’s National Center for Atmospheric Research for a new supercomputer — and increased energy efficiencies of homes and businesses to reduce overall demand.

Change is coming whether we accept it or not, and too many extremists like Buck and Boebert continue to drive false energy narratives that delay transition to a sustainable grid amid climate change. The political debate shouldn’t be on whether we modernize, but rather how and who pays for it. 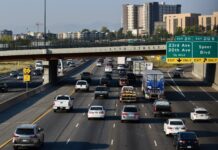