After a young man experiencing homelessness damaged a parked car in 2020 in Durango while in the midst of a mental health crisis, police officers took him to jail before he was quickly released.

“He didn’t steal anything, he just started wrecking stuff because he was disoriented,” said Brian Miller, diversion coordinator for the 6th Judicial District, which includes Archuleta, San Juan and La Plata counties.

Instead of being held in jail, the young man was enrolled in a six-month mental health diversion program aimed at steering more people with unmet mental health needs who commit low-level offenses away from jail and into treatment.

The pilot program was created by lawmakers in 2018. Four judicial districts — encompassing a total of nine counties — were selected for the pilot and programs were implemented throughout spring and summer of 2019. It was just starting to gain traction last year when state lawmakers pulled its funding in July due to the pandemic-induced budget crisis.

“So to yank funding when we’re 18 or so months into building this up, that was just a bummer. We had actually started to get referrals and started to build up the caseload.” – Elaina Shively, director of the Center for Prevention and Restorative Justice in Colorado’s 20th Judicial District

“Implementation science tells us that fully implementing new programs and creating sustainable models takes three to five years,” said Elaina Shively, director of the Center for Prevention and Restorative Justice in Colorado’s 20th Judicial District, which encompases Boulder County. “So to yank funding when we’re 18 or so months into building this up, that was just a bummer. We had actually started to get referrals and started to build up the caseload.”

Unclear if funding will be reinstated

Due to the budget cuts, three of the four programs in the participating judicial districts were forced to a screeching halt, while Boulder’s remained in operation with the help of grant funding. Colorado’s 8th Judicial District, which encompasses Jackson and Larimer counties, had to pause the program but is relaunching a version of it this week using grant funding.

Between January 2019 and July 2020, across all four districts, 88 people had signed up for the program, according to the program’s annual report.

Before the funding was cut and the program was halted, Miller had enrolled 24 people in the diversion program, with a 100% success rate — meaning, participants had completed six months of outpatient mental health treatment and case management and hadn’t committed any new crimes.

Participants enrolled in the diversion program have their criminal charges dropped by the district attorney’s office. Eligible crimes include possession of a controlled substance, criminal mischief, trespassing and non-domestic violence related harassment or assault.

“If this program was helping people before, it’s so glaringly obvious how much it could have helped during the past 10 or 11 months when people need it even more. It was the last thing you wanted to see cut, period. But much less when you’re in a pandemic.” — Brian Miller, diversion coordinator for the 6th Judicial District

Miller, who has worked in the district attorney’s office for seven years, said a lot of the cases that are coming across his desk lately are crimes driven by substance abuse, depression, and loss of income or employment. He said many of these cases would qualify for the mental health diversion program if it were still running.

“If this program was helping people before, it’s so glaringly obvious how much it could have helped during the past 10 or 11 months when people need it even more,” Miller said. “It was the last thing you wanted to see cut, period. But much less when you’re in a pandemic.”

State Sen. Dominick Moreno, a Commerce City Democrat who is chair of the Legislature’s Joint Budget Committee, said in an email that, although nothing is set in stone, the funding is unlikely to be restored.

“We haven’t had figure setting for the Judicial Branch yet, which is when this decision will be made,” Moreno said. “With the state budget and revenues still being in an uncertain place, the JBC is being cautious about expanding programs beyond their current appropriation.”

Colorado’s 20th Judicial District, which encompasses Boulder County, was able to pull together the funds to keep its mental health diversion program afloat last year. Now, it has enough funds to make it until the end of the year.

“It was too important to give it up without a fight,” said Michael Dougherty, the local district attorney. “The last place someone should be when they’re in the midst of a mental health crisis is a jail cell.”

Since their diversion program started, the district has redirected approximately 50 people to mental health treatment out of jail. Though 50 people might seem like a relatively small number, Dougherty said that the benefits far outweigh the costs by providing an intervention point for people with unmet mental health needs while also alleviating unnecessary strain on the criminal justice system.

Shively said her office has seen an increase in the number of people of all ages committing crimes for the first time, seemingly in response to the pandemic, which is pushing people to their mental limits. “People are struggling,” she said. “Mental health seems exacerbated, substance use seems exacerbated — people have lost jobs and really are just generally destabilized.”

Halting the ‘revolving door’ of the criminal justice system

A big part of Boulder’s program is trying to halt what Shively refers to as the criminal justice “revolving door”: helping people meet their basic needs so they are less likely to commit crimes of desperation such as shoplifting food or trespassing to find shelter from the cold.

The office is trying to make the mental health diversion program as accessible as possible. Shively said that their staff clinician, Mary McKenzie, will visit people living in homeless encampments or in a park near their home to make the process more accessible.

“We are trying to meet people where they are, understanding that they may not be stable enough to meet the terms and conditions of other traditional programs,” she said. “People don’t find stability overnight.”

For example, one woman she worked with enrolled in the program but then disappeared without getting treatment. Shortly after, she landed back in jail for a minor offense. Shively’s team reenrolled her in the program, but this time, provided her with a cell phone so that she had a way to contact staff. They even added important contacts in the phone and set calendar reminders for important appointments.

“Those are the types of things that can really help,” she said.

Approximately 90% of the eligible adults that have participated in Boulder County’s mental health diversion program are people experiencing homelessness or who are on the verge of it, according to Dougherty.

For example, the office has been working to find subsidized housing for a young mother of three who is working but can’t afford a security deposit. “She’s been doing really well in the program but she’s had some circumstances change with the place she’s been staying. And the waitlist to get in with some of our housing supportive services is over a month.”

Shively said the state funding for the mental health diversion program is “not likely to be restored.”

“But some folks are looking at it. We’ve had some support from some of our legislators, and some discussions with them, and they’ve had discussions with the Joint Budget Committee,” she added. “We have outstanding grant applications, asking for more positions. And everybody’s kind of waiting to see what allocations are going to look like from the Legislature and the governor.”

When Miller thinks about why the program was successful in his district in southwestern Colorado, he thinks back to the young man who was diverted from jail after damaging property during a mental health crisis.

“I wish I could say that they helped him find housing, but in the end they didn’t,” he said. “But they did end up getting him medicated and treated. And he found a job.”

Five months into the program, Miller called the participant to tell him he was doing a great job. He also reminded him that he still owed the property owners around $800 for the damages he caused to their car.

“I said, ‘I don’t want to send you a summons to go back to court and this is an important part of taking accountability and making things right,’” Miller recalled. “But he didn’t really commit to paying it.”

With only a few weeks left of the man’s program, Miller talked to his boss to see what they could do. “I was like, ‘Do I really revoke this guy who can’t pay when he’s done everything else?’” he said. “That’s a lot of money for somebody who doesn’t have anything.”

The day before Miller was supposed to make up his mind, the participant brought in a check for the full amount. “I still have no idea how he did it,” he said. “I thought the check would bounce, to be honest.”

But the check didn’t bounce and Miller mailed it to the car owners. A few days later, they called him back asking if they could send the young man a thank you card.

Miller said that moment represents what the program was all about.

“It was really cool to see him follow through and realize that it was important enough for him to commit to paying it back. As well as it was important for (car owners) to say, ‘Thank you so much for getting the help, because the community needed you to get help,’” Miller said. 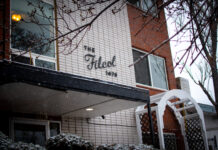 A pilot program to replace jail with mental health treatment was gaining traction last year. Then funding was cut.

ABOUT US
Democracy functions only when people have access to reliable information about government and society. Colorado Newsline’s mission is to be a trusted source of such information. Newsline is nonprofit, nonpartisan and independent, and it provides fair and accurate reporting on politics, policy and other stories of interest to Colorado readers.
Contact us: [email protected]line.com
FOLLOW US
© Colorado Newsline 2021
Adjust Font Size
MORE STORIES

Meet the social worker flooding the Denver jail with books during...