“What do we want?” Yuliana Guerrero shouted through a megaphone to the crowd gathered outside Sen. John Hickenlooper’s Denver office.

The crowd’s response came in both English and Spanish: “Fifteen dollars!”

“When do we want it?” Guerrero asked.

Guerrero, a Denver janitor and member of Service Employees International Union Local 105, was one of several dozen workers who rallied outside Hickenlooper’s office on Tuesday, calling on the freshman Democrat to back congressional efforts to raise the federal minimum wage to $15 an hour as part of a COVID-19 relief bill.

The Senate is expected to move forward with President Joe Biden’s $1.9 trillion American Rescue Plan this week. But while a version of the bill passed by the House of Representatives last week included a minimum-wage increase, top Democrats have signaled that the Senate will strip the provision after the chamber’s parliamentarian ruled that it could not be included in a “budget reconciliation” bill, which only needs 50 votes to pass.

SEIU Local 105, however, said in a press release that it’s “calling on Sen. Hickenlooper and Congress to deliver on promises made and what working people need, with no excuses about parliamentarians or archaic process.”

“We need (Hickenlooper) to act,” said Francisco Flores, a janitor at the Auraria Higher Education Center and a member of Colorado Workers for Innovative and New Solutions, a union that represents more than 31,000 state employees. “We put him in that seat, now he needs to work for us. He can’t pull that Cory Gardner business.” Former Sen. Cory Gardner lost his seat to Hickenlooper in November.

Hickenlooper supported a modified proposal for a $15-an-hour minimum wage as both a presidential and Senate candidate in the 2020 election. But he’s the only Democratic member of Colorado’s congressional delegation who has yet to sign on as a co-sponsor of the Raise the Wage Act, which would gradually increase the federal minimum wage to $15 an hour by 2025.

“Sen. Hickenlooper is committed to moving forward on COVID relief as quickly as possible for families across the country who urgently need assistance,” a Hickenlooper spokesperson told Newsline. “He also supports a $15 minimum wage and remains hopeful we can find a way to get that important measure across the finish line this Congress.”

Senate parliamentarian Elizabeth MacDonough ruled on Feb. 25 that the minimum wage hike could not remain in the COVID-19 relief bill as written, as it violated rules governing the fast-track budget reconciliation process Democrats are using to pass the legislation, a top priority for the new Biden administration.

“It’s a bulls*** excuse,” Cody Jakubowski, a home care worker and member of Colorado Care Workers Unite, said of the parliamentarian’s ruling in an interview Tuesday. “There’s enough money to go around, there’s just not a focus, or an interest. It’s ironic as a care worker, being out protesting, asking people to care about you.”

Research released in January by the Economic Policy Institute found that 552,000 Coloradans currently stand to receive a raise if the federal minimum wage were increased to $15 an hour. While Denver has led Colorado cities in passing a minimum-wage ordinance that will rise to $15.87 an hour next year, the statewide minimum wage is just $12.32 an hour — which many say isn’t enough to cover Colorado’s high living costs.

“Many people still don’t make a high enough wage to pay their bills,” Guerrero told Newsline in an interview. “Many of our fellow workers aren’t in Denver, and their wages aren’t high enough. And unfortunately they’ve suffered some of the worst impacts of the pandemic.” 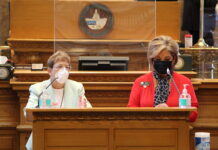 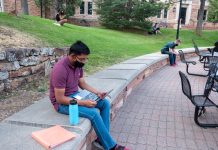 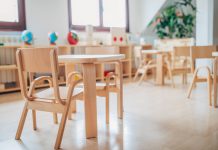 Feds tell states to give COVID-19 vaccine to anyone over 65...