WASHINGTON — More than 70 million Americans have received at least one dose of a COVID-19 vaccine — and along with that shot, a small paper card with the CDC’s label detailing the timing and manufacturer of the dose.

Those paper cards at the moment are the only proof readily available to Americans of their vaccination against a virus that has upended businesses, schools and most other aspects of daily life.

That could soon change, with multiple companies and nonprofit groups working to create “vaccine passports” — smartphone-based apps that would allow someone to certify that they’ve been vaccinated. The apps so far are aimed at travelers, who may be required to show proof of their vaccination status before boarding a plane or entering another country.

But concerns about broader vaccine requirements that could emerge have spurred Republicans in several states, including Colorado, Montana and Iowa, to introduce legislation to ban discrimination based on vaccination status for employment or enrollment in schools. Opponents have argued that the measures, some supported by anti-vaccination groups, could be harmful to public health.

The Colorado bill — House Bill 21-1191, sponsored by Republican Reps. Kim Ramsom and Tonya Van Beber — would prohibit an employer, including a health facility, from “taking adverse action” against an employee or prospective employee based on their COVID-19 immunization status. The bill would also specify that a COVID-19 vaccine cannot be mandated by the state, and that neither the state nor private businesses can discriminate against people based on their vaccination status.

One GOP measure in Michigan would prohibit employers from requiring employees to wear face masks if they decline to be vaccinated, according to the Michigan Advance.

So far, the federal government’s public focus primarily has been on boosting vaccine supplies and vaccinations. One of President Joe Biden’s initial executive orders hints at the prospect of vaccine passports, directing government agencies to “assess the feasibility” of adding COVID-19 vaccination records to international immunization cards, and have them digitized.

In order to function, the apps being developed would need a reliable data source detailing who has been vaccinated, or a way to verify any data uploaded by users. So far, it’s not clear how exactly that would work.

Asked Monday about any federal discussions around creating a vaccine passport, Andy Slavitt, a senior adviser on Biden’s COVID-19 task force, responded that the administration has “a couple of core beliefs” about the idea of creating vaccine passports, including that “it’s not the role of the government to hold that data and to do that.”

Slavitt noted the private-sector efforts underway, and added that the administration believes there is a “right way” for running such a system.

“It needs to be private; the data should be secure; the access to it should be free; it should be available both digitally and in paper, and in multiple languages; and it should be open source,” Slavitt said.

The concept behind vaccine passports is not new: Some countries have long required certain vaccinations before travelers can enter, and the World Health Organization has an internationally recognized certificate of vaccination, known as a “yellow card,” which standardizes that process.

Some countries — and airlines — already have been working on a similar certification system for COVID-19 test results and vaccinations. The European Union is discussing a “digital green pass” for EU citizens, and Israel has launched its own passport system, allowing those who are inoculated to go to hotels, gyms and concert venues.

The International Air Transport Association is testing its own travel pass with airlines. And a coalition of tech and health care companies that include Microsoft and the Mayo Clinic have formed the Vaccination Credential Initiative as they seek to build a similar app.

Any requirements to show proof of vaccination will raise an array of legal, ethical and logistical challenges. U.S. laws require most employers to accommodate health or religious concerns that prevent an employee from getting the shot.

The idea that businesses could mandate vaccines for employment or simply to enter a facility also causes equity concerns, particularly at a time when the vaccines are still in scarce supply.

Dorit Reiss, a law professor at the University of California Hastings College of the Law who specializes in vaccine law policy, said while American are likely to encounter requirements to enter other countries, she doesn’t expect to see widespread mandates by U.S. businesses, noting the enforcement challenges.

“It’s tricky for Walmart to card everyone coming in,” Reiss said, adding that “not everyone would have access even to a free app.”

What if you don’t have a smartphone?

Relying on a digital passport causes additional concerns when it comes to equal access. While the apps being developed are expected to include a paper-based option, experts say a tech-driven approach could limit movements of those without smartphones.

“Let’s be clear: passports are paper. Nobody’s going anywhere without their paper passport,” said Michele Goodwin, a law professor who directs the Center for Biotechnology and Global Health Policy at the University of California, Irvine. “We’ve been able to utilize the mechanisms that are most accessible globally.”

And perhaps the biggest challenge is ensuring the security and accuracy of the data kept in those passport systems. States use different systems for collecting vaccination data, and so far, the federal government has not indicated that it will synthesize that data in a source that consumers across state lines could access.

Former Utah Gov. Michael Leavitt, who previously ran the U.S. Department of Health and Human Services, testified to Congress last month about the need for consumers to have an accessible, trusted way to receive their own vaccination data.

He compared the array of state systems for tracking vaccines to the early days of ATMs, when a bank customer had to find the machine networked to their own bank because the systems did not communicate with each other.

“I am a former Republican governor, from whom it is not typical to hear the words, ‘The government needs to require the states to …’” Leavitt said. “But the federal government is sending vast amounts of money and resources to make national systems work. And part of that should be a requirement, in my view, for them to make this data accessible to consumers through a standardized system.” 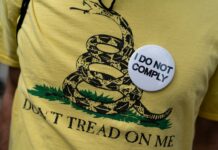 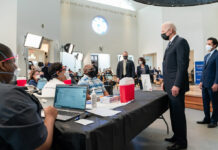 ‘Vaccine passports’ that show you’re inoculated are on the way