To be clear, it’s true that not all women lead equally — one need look no further than Colorado’s 3rd Congressional District for proof. But after multiple election cycles of exceptionally qualified and diverse candidates losing to Quaker Oats? Well, it’s exasperating, and we need to address it until it’s fixed.

To give credit where it’s due, Democrats outperform Republicans extensively in diversity. Democrats dominate diversity in Congress. They propelled the first nomination and election of an African-American (male) president. And they launched the first woman of color for vice president of the United States. Still, Democrats are hardly immune from sexism and racism.

One especially unfortunate Catch-22 can still be found toward the ranks of women and minorities who run for positions of power: Research shows women are disliked for having the audacity to ask for a promotion — often being perceived as “too ambitious” or “not likable” — but are well appreciated once they have it.

Former Democratic presidential nominee Hillary Clinton is the poster child of Terror-dactyl approval swings. During her time as first lady of the United States, Clinton landed as much as a 67% favorability by overall voters — despite polling under 40% in pursuit of the position. Her ratings then declined on cue as she exited and ran for the U.S. Senate, ultimately bouncing back to a respectable 58% by general voters during her tenure. They then dipped again into the mid-40s when she ran for president in 2008, even prompting her rival — now former President Barack Obama — to infamously quip, “You’re likeable enough, Hillary.” As secretary of state, she rebounded once more to the upper mid-60s, well above Obama and former Vice President Joe Biden. They held consistent — until she ran for president a second time and dropped again.

Clinton’s resiliency is a stark example of how women and minority candidates are treated differently in the minds of voters, even within their own party. In 2020 elections, a record two-thirds of the Democratic presidential candidates who participated in at least three debates were women or minorities. Five of those were extremely qualified U.S. senators. Democratic voters elected none of them to win the primary and rejected many more before they could even enter the ring. The persistent themes as to why? Predictable concerns of likability and electability, despite that many of the women had won every race they’d run to date — including in conservative regions. Yet, somehow, Democrats concerned with electability had no qualms in claiming the straight, white man who had lost two prior presidential races was more electable.

In the Centennial state, trends aren’t much better. Yes, we’ve broken diversity records as of late, but Coloradans have still never elected a woman to governor, mayor of Denver or the U.S. Senate. Most recently, a record nine women ran for the U.S. Senate seat in the Democratic primary. In addition to yours truly, this roster included extremely qualified legislators, with former Colorado House Majority Leader Alice Madden and state Sen. Angela Williams, the latter of whom also founded the Black Democratic Legislative Caucus. Predictably, Democratic voters still placed two straight white men on the primary ballot — again echoing worries of likability and electability toward the women — despite that one of the men had openly stated he didn’t want the job, and the other had previously lost two federal races. In a cruel twist, even some women’s political action committees refused to back the women, ultimately endorsing one of the men during the primary, bringing to life research that shows women also hold implicit bias toward other women.

The irony of implicit bias is that such unfounded concerns wind up manifesting the very results the bias held for where it may not have otherwise been. Early campaign growth is pivotal in viability as a candidate, and initial bias by voters and donors hinders such growth. With this, it makes an otherwise viable woman less viable, providing confirmation of the initial biased response. In actuality, recognizing and overcoming this bias early on with money and volunteering secures electability for women and minorities.

There are always reasons. Voters are quick to defend their choices as not based in bias — particularly as most donors and endorsers are white and male. But tracked over time, the repeated excuses to not support diverse candidates suggests these reasons are far more rooted in implicit bias than realized.

To this end, although it may not seem like election season yet, there are already several exceptionally qualified women running for prominent positions across Colorado. Particularly with quarterly fundraising deadlines coming up, now is an ideal time to support your favorite candidate. Early finances and volunteering help ensure more endorsements and media coverage, and increase overall viability.

Finally, it’s worth noting that women make up the majority of Americans at 51%, and non-white residents are on track to surpass white residents in the coming years. In fact, white men make up only about 30% of the population, despite continuing to dominate every branch of government and positions of power. 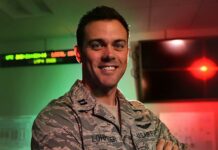 Private prison phase-out is welcome. Now do it for immigration.