Under Colorado law, one of the 11 voting members on the Colorado Parks and Wildlife Commission must be a member of a nonprofit organization that promotes the “conservation and enhancement of Colorado’s wildlife and habitat.” Jay Tutchton, manager of a native wildlife preserve and an environmental lawyer of 30 years, is just the candidate for that seat. Yet, his confirmation looks poised for defeat before the Colorado Senate Agriculture and Natural Resources Committee after Grand County Commissioners sent a letter opposing Tutchton’s membership on the commission.

CPW is charged with “perpetuating the wildlife resources of the state.” The current CPW Commission, by statutory mandate, is largely comprised of those employed in agriculture or involved in hunting. Tutchton, who is considered a “non-consumptive” wildlife user — or a “mutualist” — is the anomaly. A mutualist is one who believes that humans should live in harmony with wildlife — like the majority of Coloradans, according to a Colorado State University survey. We have seen a precipitous decline of species around the world — 1 million species worldwide are at risk of extinction, wildlife has declined by 70% in the past 50 years, and North America has lost 3 billion birds. It’s time someone with a vision for conservation that prioritizes biodiversity take a seat on Colorado’s Parks and Wildlife Commission.

Many of Colorado’s wildlife officials seem anchored in traditionalist wildlife values: They believe animals should be used for human benefit and managed for human use. For example, this year alone, the Commission denied a citizen petition that would ban trapping of so-called “furbearers” for the purposes of recreation, sport or commerce. They also ruled to expand mountain lion hunting in the state — creating a zone where no lions are tolerated around the Glenwood Springs region and allowing electronic predator calls that mimic distressed animals. Trappers killed 1,978 bobcats for their pelts in 2018 and 483 mountain lions were killed in Colorado in 2019. Shockingly, there is no “harvest limit” for bobcats statewide, meaning trappers can kill as many animals as they want.

The repeated decisions by the Colorado Parks and Wildlife Commission against the interests of wildlife are a form of thinking detached from ecological reality. I’ve personally grappled with the harrowing notion that we are amidst a sixth extinction crisis — there were once 5 billion passenger pigeons until there were none. The tragic psychology of exploitation reverberates throughout the West, a mentality articulated by scientific journalist Charles Mann in Orion, who described humans as “hard-wired to focus on the immediate and local over the long-term and faraway.” To lose biodiversity is not only to lose immense enrichment, but ecosystem services, a wealth of benefits to human health, and food security. Supporting the interests of a minority of “consumptive” wildlife recreationists comes at a high cost to the public.

If state wildlife agencies are represented mostly, if not entirely, by agriculture and hunting, the voice of other recreationists — wildlife watchers and photographers who like to see their wildlife living — is lost. So far, there has been little to no room in the wildlife management discourse for people who do not take wildlife via trapping, hunting, or fishing.

Beyond the mere moral obligations of preserving and protecting species, there are clear economic benefits. Wildlife watchers, bikers, skiers, hikers, and rafters are the true lifeblood of Colorado’s robust recreation economy — according to the National Park Service, in 2019, 7.8 million park visitors spent an estimated $515 million in local gateway regions while visiting National Park Service lands in Colorado. According to the Bureau of Economic Analysis, outdoor recreation in Colorado generated $12.2 billion for the state’s economy in 2019. Of that sum, hunting and trapping generated $36.7 million, a mere 0.3% of the total outdoor recreation dollars spent in Colorado. Simply put, nonconsumptive activities make up the vast majority of Colorado’s outdoor recreation revenue; these wildlife watchers should rightly demand a say in state wildlife management.

Jay Tutchton, a former hunter and trapper himself, understands the diverse interests of Colorado’s citizens and is well-versed in the realm of scientific thinking and species preservation. Seven of the 11 seats on the Colorado Parks and Wildlife Commission — that’s 64% —  are designated for sportspersons, outfitters and agriculture producers. The voice of conservation will be noticeably absent without representation by the level-headed, respected and extremely thorough Tutchton.

If you care about Colorado’s wildlife, if you hope to see species preserved for future generations, contact your state senator and urge them to support the confirmation of Tutchton to the Colorado Parks and Wildlife Commission. The CPW is in dire need of diversity in its beliefs and perspectives — true, representative and democratic plurality is warranted if our state wildlife agencies intend to live out their promise of “perpetuating” Colorado’s magnificent biodiversity.

If indeed wildlife is a public trust, shouldn’t the members of a commission that manages that trust represent the state’s citizens? 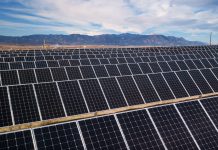 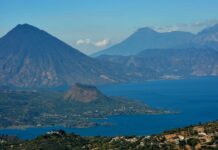 Will Biden’s $4B to stop Central American immigration make a difference?