This call to action is provided in a response to report issued by whistleblowers concerning the Colorado Department of Public Health and Environment fudging numbers in an attempt to speed up pollution permitting.

Colorado Newsline published an article on April 2 by Chase Woodruff, “‘This is our Flint’: Colorado environmental activists call for investigation following whistleblower complaint.” Whistleblowers at the air-quality agency comment that the years-long pattern of ignoring modeling is worsening Front Range pollution.

Cited in the whistleblower allegations: Colorado’s air quality enforcers ordered staff to relax the measuring of pollution. “This is a huge, huge deal,” said Jeremy Nichols, climate and energy program director with advocacy group WildEarth Guardians, during a virtual press conference, according to Newsline. “We cannot overstate the severity of this news, and what it means for our health and well-being.”

Air pollution division managers are circumventing regulatory procedures by not reporting this information. The whistleblower report stated, “Public scrutiny is the only criteria that CDPHE is concerned about.” Colorado Newsline reports that “representatives of more than a dozen activist groups called for the APCD’s director, Garry Kaufman, to be relieved of his duties, and replaced by an outside hire who can restore trust in the agency.” The whistleblower complaint reveals “a culture of flagrant and constant disregard for law and duty” within the APCD.

A specific call to action to help fight this environmental injustice includes contacting Gov. Jared Polis at [email protected]. Attorney General Phil Weiser announced this week he is moving toward an independent investigation of the whistleblower allegations. For complaints over allegations of fraud, visit coag.gov/file-complaint and file a complaint today. 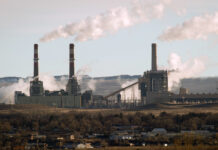 Health department was fudging the numbers. What will our governor do?

What is a modRNA vaccine and is it safe?