Colorado Democrats on Monday introduced a package of tax reforms that would offer more benefits to lower-income families and small businesses while limiting or eliminating some tax breaks for wealthier individuals and corporations.

Together, House Bills 21-1311 and 21-1312 propose one of the most significant overhauls of Colorado’s tax code in decades. It’s the second attempt by Democratic lawmakers to pass a “tax fairness” package in as many years, after a similar proposal in 2020 was significantly watered down amid opposition from Gov. Jared Polis and business groups. This time around, Polis is on board, his office said Monday.

Overall, the two bills would add about $375 million annually to the state budget by eliminating tax breaks that sponsors say are outdated or unfairly benefit high-income people and big business. About $250 million would in turn be spent on creating or expanding tax benefits for lower-income people, including state-level versions of the Child Tax Credit and the Earned Income Tax Credit. The remainder would go to the state’s general fund.

“We have a real opportunity with this legislation to help make our tax code and our economy work for every Coloradan regardless of their race or income,” state Sen. Chris Hansen, a Denver Democrat and lead sponsor of both bills, said in a statement. “We know that tax credits for working families and small business owners are going to help Colorado recover more quickly, boost jobs and do more for our economy than outdated corporate tax breaks.”

The changes to Colorado’s tax code proposed by the two bills include capping itemized deductions for people with annual incomes of over $400,000, at $30,000 in deductions for individuals and $60,000 for couples; permanently ending the “pass-through” deduction on business income for people making over $500,000; repealing a state income-tax exemption on capital gains; and eliminating a variety of industry-specific tax credits that benefit insurance companies, oil and gas operators and coal mining companies.

Under the legislation, the elimination of those deductions would be offset in large part by expansions in tax credits for lower-income Coloradans. The biggest change would be the funding of a state Child Tax Credit, refunding families up to $1,080 for each child under the age of 6 for joint filers making less than $85,000 per year, or single filers making less than $75,000. The federal CTC was temporarily expanded by Congress in COVID-19 relief legislation passed earlier this year, and Democrats led by Colorado Sen. Michael Bennet hope to make the expansion permanent.

The bill would also double the state’s version of the Earned Income Tax Credit to 20% of the amount a filer is eligible for through the federal EITC, which benefits low-income workers. An exemption on business personal property taxes would be raised from $7,900 worth of property to $50,000, allowing more small businesses to be exempt from taxes on assets like machinery and office furniture.

Democrats’ latest tax proposal comes as lawmakers and advocacy groups weigh a raft of other potential changes to Colorado’s tax code. Conservative activists have filed ballot initiatives that seek to slash the state’s property and income tax rates, and have threatened to back a measure to cut gas taxes in response to a $5.3 billion transportation funding bill being considered by lawmakers.

Supporters of HB-1311 and HB-1312 point to recent polling released by Telluride-based Keating Research that found that 60% of Coloradans support ending some tax exemptions for higher earners and replacing them with benefits for low-income people, compared to 34% opposed.

“Coloradans expect their government to be responsive,” state Sen. Dominick Moreno, a Democrat from Commerce City, said in a statement. “When data and analysis tells us something in the tax code is outdated or isn’t working like it’s supposed to, it’s up to us to fix it. The fact that we can do it in a way that also makes the tax code fairer for working families is a win-win for the state.” 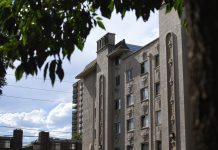 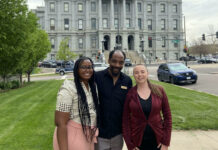 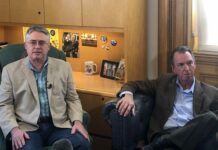 Colorado Republicans: Backlash over transportation fees could give GOP a shot in 2022