Standing. Skin in the game. It’s a basic legal principle drilled into the head of every first-year law student. In order to maintain a suit in court, a person has to have suffered a tangible harm — or be threatened with suffering such harm in the future.

Except in Texas. They’re different in Texas: The concept of standing doesn’t turn on suffering a tangible harm, it depends on who you are.

It was bad enough last year when Texas Attorney General Ken Paxton, joined by a rogue collection of other Republican state attorneys general, asked the U.S. Supreme Court to throw out the 2020 presidential election results in Georgia, Michigan, Pennsylvania and Wisconsin. Paxton didn’t even make it to first base. The Court summarily tossed his frivolous challenge, noting that Paxton did not have the standing to bring the suit. In the court’s words, “Texas has not demonstrated a judicially cognizable interest in the manner in which another State conducts its elections.”

In plain speak: The election operations and results in those four states did not harm Texas. In fact, legally, they were none of Texas’ business.

But not to be outdone by his farcical attorney general (also currently under federal investigation for suspected shady dealings with a Texas real estate developer), last month Texas Gov. Greg Abbott signed into law a bill that outlaws abortions at the first detection of a fetal “heartbeat” — a political term that’s used because the medically correct term of “cardiac motion” for an embryo doesn’t work as well for propaganda purposes. According to the bill’s supporters, an embryo’s “heartbeat” motion can be detected as early as six weeks gestation, despite the demonstrable medical fact that a six-week-old embryo has not developed a heart, much less a heartbeat.

For now at least, that provision is in direct violation of the Supreme Court’s holding in Roe v. Wade (1973). Roe strictly prohibits a state government from banning abortion before a fetus is able survive outside of the uterus — what’s usually referred to as the viability test.

However, crafty anti-abortionists solved the dilemma of failing the viability test by including language in the bill that authorizes any Tom, Dick, or Sally to bring a civil suit against anyone in the state who “aids and abets” or intends to aid a person seeking an abortion in Texas. Victorious third parties are entitled to recover at least $10,000.

So Abbott and the GOP-controlled state Legislature have thrown the long-recognized concept of “standing” to the winds. Anyone, anywhere, in or outside of Texas, can sue a Texas abortion care facility, nurse, doctor, therapist, pharmacist, receptionist, friend, family member, hair dresser, or anyone else for “aiding and abetting” or just intending to provide assistance — be it surgical abortion, medication abortion, money, bus or car fare, a private ride, food, a place to stay, or advice — to a person seeking abortion care.

The law intentionally opens Texas courtrooms to an avalanche of frivolous lawsuits brought by yahoos determined to stick their noses into the formerly private medical lives of Texans seeking abortion services. Under the new law, everybody, anywhere has standing to sue anyone in the abortion care chain. (One exception, at least on paper: A rapist can’t bring suit against a person who assists his victim in obtaining an abortion.) The legislation’s clear intent is to harass abortion providers out of existence through costly private nuisance lawsuits.

The abortion ban is also anti-science, but that’s no surprise. The Republican Party long ago morphed into a party of grievance, suspicion and superstition. This is a party for whom a majority of its membership screams tyranny at public health-based orders to wear a mask to inhibit the spread of a deadly virus amongst the living, breathing human populace, but sees “freedom” in elevating the potential “life” of a human embryo over the actual life of the living, breathing human being carrying that embryo.

That anti-science and inhumane nightmare is compounded by the Republican-dominated Texas’ Legislature’s stunning and unprecedented disregard for a bedrock tenet of American law: In every state of the Union and in our federal courts, in order to bring suit in court, you must have the legally recognized standing to do so.

Standing is predicated on the suffering of an observable harm. Except in Texas, where any Jane or Joe now has standing to interfere in the private health decisions of pregnant people in the state. Even worse, the new law denies a pregnant person the basic freedom to make her own health care decisions. In Texas, she has no standing in her own life. 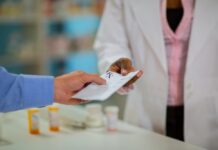 Coloradans need help staying housed but the state so far has...