People gathered at the Colorado Capitol for the “Bans off our Bodies” rally in support of abortion rights on May 14, 2022. (Andrew Fraieli for Colorado Newsline)

For the second consecutive Saturday, people gathered in downtown Denver to demonstrate support for abortion rights.

The “Bans off our Bodies” rally took place at the Colorado Capitol, where abotion-rights supporters, many waving signs, listened to speakers, including Adrienne Mansanares, CEO and president of Planned Parenthood of the Rocky Mountains, which organized the May 14 event.

“We fight, we register to vote, we vote in primaries, we get the generals won, we take back the Supreme Court,” Mansanares said, addressing the crowd. “I know you’re tired, you’ve spent a long time fighting, I know you’ve been registered to vote, I know you probably knocked on some doors. I know it feels exhausting, and I’m going to say this with the most grace, and compassion, and love: I don’t care how tired you are, I don’t care. We have to fight together.”

The rally mirrored similar events Saturday around the country, which are part of a days-long intense reaction to a leaked draft ruling from the U.S. Supreme Court that indidates the justices are prepared to overturn the abortion-rights precedent in Roe v. Wade.

Mansanares alluded to how people who live in other states with more restrictions on reproductive health care are traveling to Colorado, where lawmakers this year codified abortion rights in state law.

“Half of our patients, 50 percent — I looked it up this morning — 50 percent drive in from another state,” Mansanares said. “They came from Texas, they came from Oklahoma, they’re coming from Idaho. Do you think you’re tired? You don’t know tired until you see a woman walk in with her two sleepy kids driving a 1,000 miles to get to her health care. That’s exhaustion.” 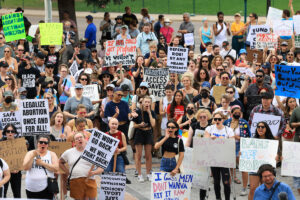 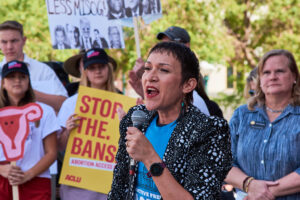 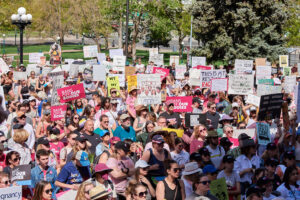 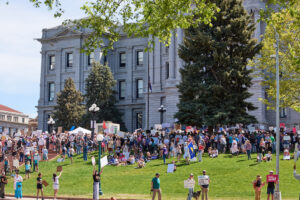 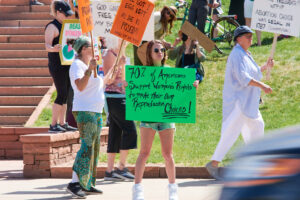 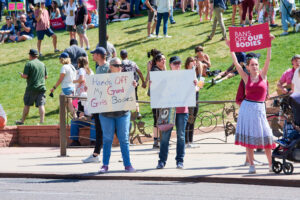 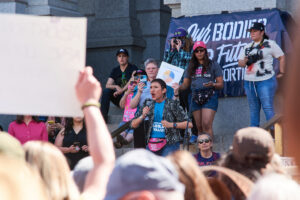 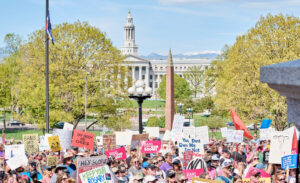 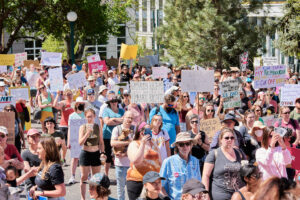